Canadian governments are counting on strong future economic growth to reduce debt burdens that ballooned during the pandemic. But realizing that growth depends on how well Canadian businesses adapt to rapidly changing market realities.

In the near term, Canada’s economic recovery looks promising as business activity bounces back.

In the longer term, however, Canada’s economy faces strong headwinds that are not being factored into government projections. Canada’s economic challenges go beyond slowing labour force growth and modest productivity gains. Fiscal recovery forecasts do not consider the probability of more frequent and costly natural disasters, or the implications of the massive global economic transformation driven by efforts to stave off the worst effects of climate change.

Accelerating international climate action, investors awakening to climate risks, and rapid technological change are combining in ways that will shift trade patterns and upend markets. Canada has a choice:  lead, follow, or be left behind.

Even if countries fail to hit net zero targets, their efforts will still have profound impacts on global markets. Government policy may not even be the main driver once markets hit tipping points where clean technology costs fall below their emitting counterparts. Solar and wind power are already there, and electric vehicles are not far behind. Moves by investors and insurers to reduce their own climate-related risks are raising the cost of capital for emissions-intensive projects.

Canada can capture new global opportunities in these market shifts, but is also more vulnerable than other countries with relatively carbon-intensive economies. Almost 70 per cent of Canada’s goods exports are in sectors expected to experience disruption. Those same sectors employ over 800,000 Canadians across the country.

Canadian businesses and governments need to step up and ready Canada’s economy and workforce to succeed. Every firm, every sector, and every government must be part of an unprecedented effort to transform Canada’s economy for future success. We should not discount key areas of recent progress in this endeavour, but the scale is not yet matched to the challenge.

Lisa Raitt and Anne McLellan, former Conservative and Liberal cabinet ministers respectively and co-chairs of the new business-led Coalition for a Better Future, have called for “a focused plan to strengthen economic growth, promote innovation, encourage investment, and accelerate the transition to a greener future.” They are right, and readying Canada for the global low-carbon transition should be a top priority.

First, readying Canada’s economy is about more than reducing emissions. Emission reductions are critical for heavy industrial sectors such as iron and steel, chemicals, and cement, but sectors facing declining global demand will need to shift into new business lines. As the global market for coal, oil, and gas shrinks, only the lowest-cost, lowest-emission suppliers will be able to compete. Many oil and gas companies will find that their long-term survival depends on entering growing markets such as clean hydrogen, aviation biofuels, and renewable energy instead.

Second, Canada needs new sectors and companies to capture more of the upside of transition. Fortunately, Canada has hundreds of companies active in markets that will experience significant growth globally. The challenge is that many of these companies struggle to attract the financing they need to scale, or they are snapped up by foreign buyers before they gain a foothold in Canada.

Third, traditional patterns of financial flows must be redirected to drive success. Despite looming risks and substantial opportunities, transition-related financing has so far been limited. Investors are turned off by policy, market, and technological uncertainty, as well as by high up-front capital costs and delayed payouts. Market information is also woefully insufficient, making it hard to distinguish transition winners from losers.

Finally, governments should use smart, targeted, and effective policy interventions to mobilize larger-scale private investment. Climate policies such as pricing and regulation can drive transition readiness and generate demand for promising new products and technologies. Public investments can reduce investor risk and encourage collaboration among investors, industry, and entrepreneurs. And clearer rules for climate-related reporting and financial products can help ensure that finance is flowing in the right directions.  Policy approaches need to be laid out in detail a soon as possible to reduce uncertainty about the future business environment.

The global ground is shifting dramatically: moving too slowly is now a greater competitive risk than moving too quickly. The next generation is depending on us to get it right.

Originally published in The Globe And Mail 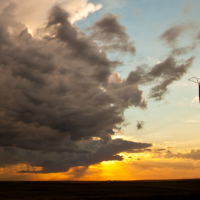 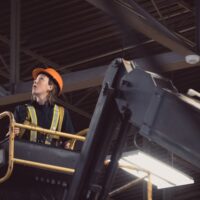