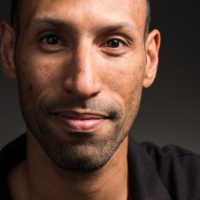 Jean-Patrick Toussaint is a biologist by training, with a PhD in environmental sciences. His career path has taken him from academic research to working with national and international environmental non-governmental organizations. Currently working at the Trottier Family Foundation as Senior Climate Director, he previously worked in the municipal sector at the Federation of Canadian Municipalities (FCM), both as Senior Advisor on Francophone Affairs and as Capacity Building Advisor under the Municipality for Climate Innovation Program. Through his past role as Science Officer at Future Earth, he contributed to the organization of the Cities-IPCC conference that was held in Edmonton in 2018, while under his role as Science Project Manager at the David Suzuki Foundation, he led several national-wide environmental and climate campaigns. M. Toussaint has been an environmental columnist for Québec Science since 2019, and currently sits on Ouranos adaptation priority committee on “living environments”, as well as being part of the Executive Committee of CIRANO’s “Avant-Garde”