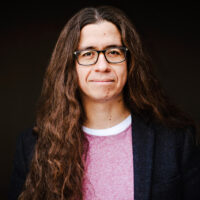 Juan Moreno-Cruz is an Associate Professor at the School of Environment, Enterprise and Development and the Canada Research Chair in Energy Transitions at the University of Waterloo. He is also a CESifo Research Affiliate. He earned his Ph.D. in economics from the University of Calgary in Canada in 2010 and his B.Sc. (2003) and M.Sc. (2004) in electrical engineering from the Universidad de Los Andes in Colombia. Prior to his current position, he was an Associate Professor in the School of Economics at the Georgia Institute of Technology (2011–2017). He has been a Visiting Researcher in the Department of Global Ecology of the Carnegie Institution for Science at Stanford University and an Advisor for Carnegie Energy Innovation (since 2017) and a Research Associate of Harvard University’s Solar Geoengineering Research Program. Dr. Moreno-Cruz’s research focuses on the interaction of energy systems, technological change, and climate policy. Dr. Moreno-Cruz has investigated how technologies designed to modify the climate affect the strategic interaction among nations. His work on climate geoengineering economics has been published in top journals in his field and presented at venues across the United States, Canada, and Europe. Dr. Moreno-Cruz’s work is at the intersection of applied theory and public policy.