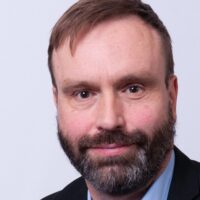 Mark Rowlinson recently concluded a 26-year career at the United Steelworkers in Canada. From 1994 to 2011, Mr. Rowlinson worked as Counsel to the Union in Toronto, and from 2011 to 2021 he was Assistant to the Canadian National Director, a senior administrative and policy position within the Union.

From 2011 to 2021, Mr. Rowlinson was also the President of Blue Green Canada, an alliance of Canadian labour unions and environmental and civil society organizations. In 2018, Mr. Rowlinson was a member of the Federal Government’s Just Transition Task Force for Coal Workers and Communities. Mr. Rowlinson remains on the Board of Blue Green Canada, and is active with several organizations in advocating for working people and the environment. He has been a frequent speaker on issues related to worker transitions as we move to a low-carbon economy.