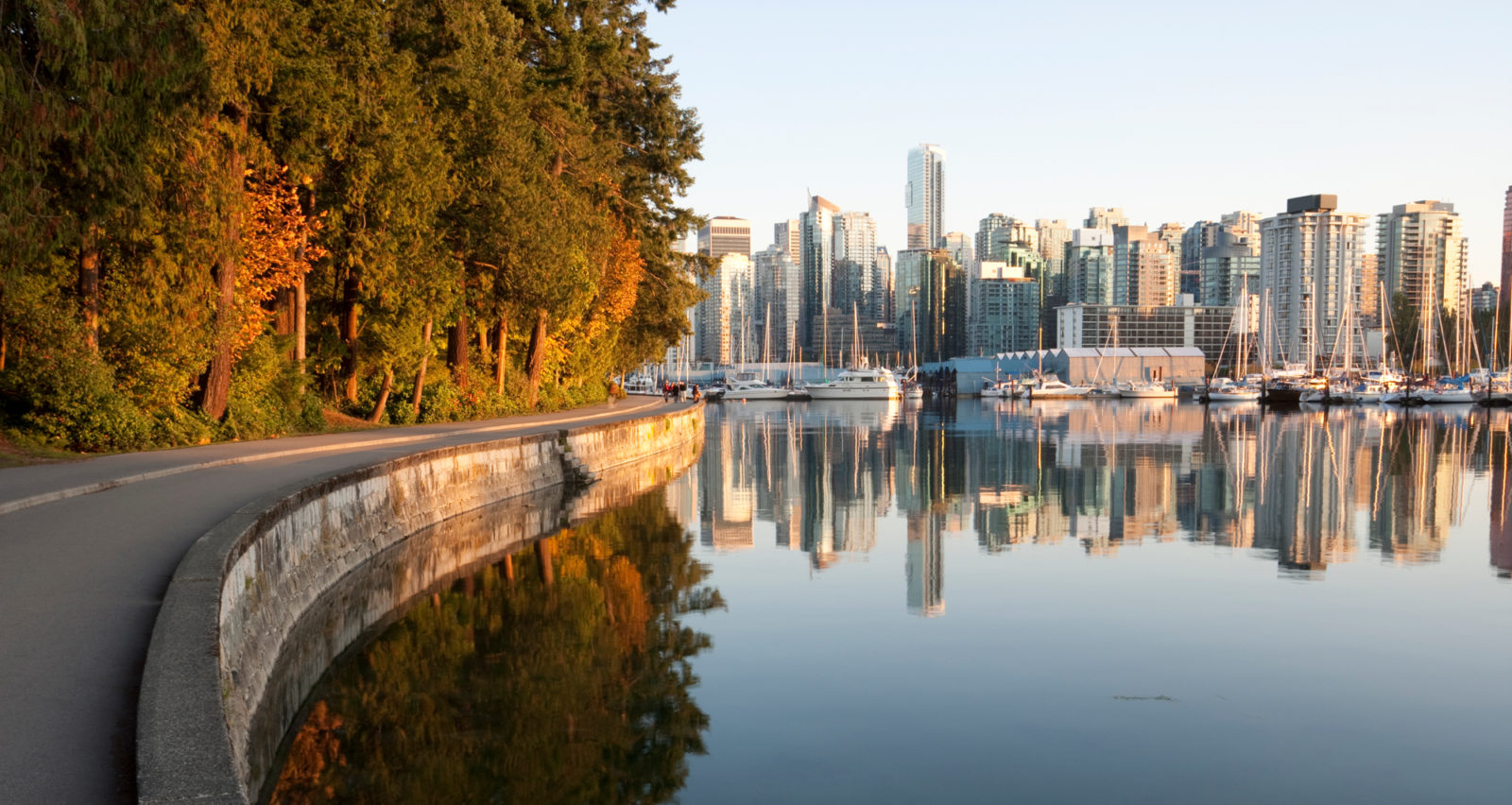 In 2018, the Government of British Columbia (B.C.) introduced the Climate Change Accountability Act. The Climate Change Accountability Act amended and renamed the Greenhouse Gas Reductions Targets Act from 2007 and introduced a number of legislated updates, including setting 2030 and 2040 emissions reduction targets en route to the previously set 2050 target, providing a framework to develop reports on climate change risks and progress, and enabling the minister to set sectoral Greenhouse Gas (GHG) emissions reduction targets.

In 2019, the Government of B.C. passed Bill 38, amending the Climate Change Accountability Act of 2018. The 2019 legislative amendments introduced a broader climate accountability framework that mandates the setting of sectoral and interim emissions reduction targets (though does not set them out in the legislation), implements more detailed and regular reporting requirements for government, and establishes an independent expert advisory body to provide advice. It also grants the Lieutenant Governor in Council the authority to enact regulations prescribing requirements and targets for public sector buildings, vehicle fleets, and the fuels they employ. This case study explores the core features of B.C.’s amended Climate Change Accountability Act 2019 (the Act).

The 2019 amendments to the Act established a climate accountability framework for B.C., including a number of key features. In particular, the amended Act mandates that the Government of B.C.:

Under B.C.’s Act, the responsible minister has a statutory duty to establish emissions targets, to appoint an advisory committee, to report on progress towards targets and the actions taken to achieve them, and to report on actions to manage climate change risks.

The legislative amendments also introduce new requirements for the provincial government and other public sector organizations to report on actions taken towards minimizing their organizational GHG emissions (see Section 5 for more details).

The independent advisory body will be comprised of up to 20 members, at least half of which must be women. The advisory body must also include at least one representative from each of the following groups: local governments, Indigenous peoples, environmental organizations, academia, unions, residents of rural and remote communities, and the business community.

The 2019 legislative amendments introduced a requirement for government to establish an additional interim target for a year prior to 2030. The government must establish the interim emission target no later than December 31, 2020. The minister retains already established powers to set additional emissions reductions targets for other years or periods.

The legislative amendments also mandate the minister to establish emission reduction targets for individual sectors no later than March 31, 2021. The minister must review the targets before the end of 2025 and at least once every five years following the initial review. The minister may establish other GHG emissions reduction targets for additional individual sectors at any time. Notably, the legislation does not name specific sectors or how those sectors will be defined or broken down. The sectoral targets will be established following engagement with stakeholders, Indigenous peoples and communities throughout the province.

Each year, the government is required to table a report that outlines the actions taken and proposed to reduce GHG emissions and manage climate risks, including details on past and planned expenditures, as well as how these actions are expected to achieve the objectives and emissions reduction targets set out in legislation. It must also outline the government’s plans for continued progress towards achieving its emissions reduction targets and for managing climate change risks. The
report must outline the advice received by the minister from the expert advisory committee. Every five years, starting in 2020, the annual report must also include a determination of climate change risks.

The legislative amendments introduced a number of new reporting requirements for the government. In addition to the mandatory reporting on past and proposed action plans (detailed above), the government’s annual report must also include a number of additional elements, including:

Each public sector organization other than the provincial government (e.g. crown corporations, health authorities, advisory boards, tribunals, and school districts) is required to release an annual report following the same reporting requirements, except for the requirement to achieve any targets related to public sector buildings, vehicle fleet, and fuels, which applies only to the provincial government.

The legislative amendments go beyond a singular focus on emissions reductions to integrate climate change risk and adaptation, as well as broader social and economic impacts of climate policy. With respect to adaptation, the legislation dictates that every year the minister’s report must outline information about climate change risks and the government’s actions to manage them—both those taken to date and planned. Every five years, the report must also include a detailed provincial climate change risk assessment. The new legislative amendments also require that public sector organizations manage the risks to their organization that could result from climate change as well as take steps to minimize their environmental impacts.

In addition to a focus on adaptation, the legislation also integrates broader social and economic considerations. In particular, the advisory committee is required to provide advice to the minister on opportunities for sustainable economic development and job creation in the transition to a low- carbon economy as well as with respect to the impacts of climate policy on individuals and businesses.

Sectoral targets can help guide policy development, but may present challenges B.C.’s legislative amendments commit to setting sectoral targets by 2021, to be reviewed every five years. Sector-level targets provide more detail on how and where emissions reductions could occur. However, setting targets at the sector-level may also present challenges. First, defining discrete sectors can be challenging, as can divvying up emissions reduction targets between them. Exactly how B.C. will allocate and break out its sector targets remains to be seen, though the government has committed to allocating them based on consultation with communities, people, and industry (Ministry of Environment and Climate Change Strategy. 2019). In addition, sectors themselves are not accountable entities so challenges may arise when it comes to enforcement and accountability. However, in B.C.’s case, the sector targets are primarily intended to provide more detailed sector goal posts to enhance provincial planning and tracking, as well as broader provincial accountability, rather than increase sector-level enforcement. Lastly, imposing fixed targets on sectors has the potential to limit flexibility and create rigidities that force reductions in parts in the economy despite more cost-effective reductions being available elsewhere, potentially resulting in inefficiencies. B.C.’s review of sector targets every five years helps to mitigate these risks by creating frequent opportunities for course correction if more optimal reduction pathways become available.

The 2019 amendments to the Climate Change Accountability Act introduced more regular and detailed reporting requirements for the provincial government. As discussed above, the annual reports must outline the steps the government is taking to reduce emissions and manage climate risks, as well as the latest emissions data trends and projections. This annual reporting is an improvement from B.C.’s existing public reporting on GHG emissions. Transparent, regular, and publicly available data is essential for informing governments, stakeholders, and individuals on progress towards climate change goals. It is key to enabling early course- correction if the government is not on track. And it allows B.C. residents to better hold their government to account if the government is not meeting its climate change commitments.

While the Act’s establishment of an independent committee to advise government on climate change issues is key to enhancing the credibility of its climate accountability framework, the legislation does not mandate the advisory committee (or any other independent body) to monitor government progress towards targets. The absence of independent oversight represents a weakness of B.C.’s legislation. Independent oversight is essential to ensuring that assessments of government progress are perceived to be evidence- based and non-partisan. This, in turn, helps support credibility and transparency, as well as widespread buy-in.

Broadening the scope beyond a singular focus on emissions reductions

In addition to the Act’s inclusion of managing climate change risks, it also integrates a focus on clean growth. In particular, the Act requires that the advisory committee advise the government on opportunities for sustainable economic development and job creation while B.C. transitions to a low-carbon economy, as well as consider the effects on individuals and businesses that result from actions to address climate change. While this is a notable inclusion, the legislation does not explicitly require that the government’s plans include specific measures to support workers, communities, and industries impacted by the transition towards a low-carbon economy.

While the Climate Change Accountability Act introduced 2030 and 2040 targets, it did not revise the 2050 target, originally set through the 2007 Greenhouse Gas Reductions Targets Act. Some critics have called for a revision of the 2050 target to a net zero one, in order to align with climate science and guidance from the Intergovernmental Panel on Climate Change (Ecojustice, 2019; Georgia Strait Alliance, 2019). Although the Act requires a review of the sectoral targets at least every five years, it does not include any sort of mechanism to review its long-term or interim emissions reductions targets. Several jurisdictions that have implemented climate accountability legislation—including New Zealand and the United Kingdom—have legislated clear and codified rules governing how targets are set and the circumstances in which they can be revised. This approach supports transparency and credibility, while also allowing for flexibility in the face of changing conditions – such as developments in climate science or international commitments. Without clear guidelines for target revision, B.C.’s legislation risks either maintaining targets that do not keep pace with climate science or changing the targets in a way that does not appear transparent or credible.

This case study was prepared by Anna Kanduth of the Canadian Climate Institute, with contributions from Jason Dion.