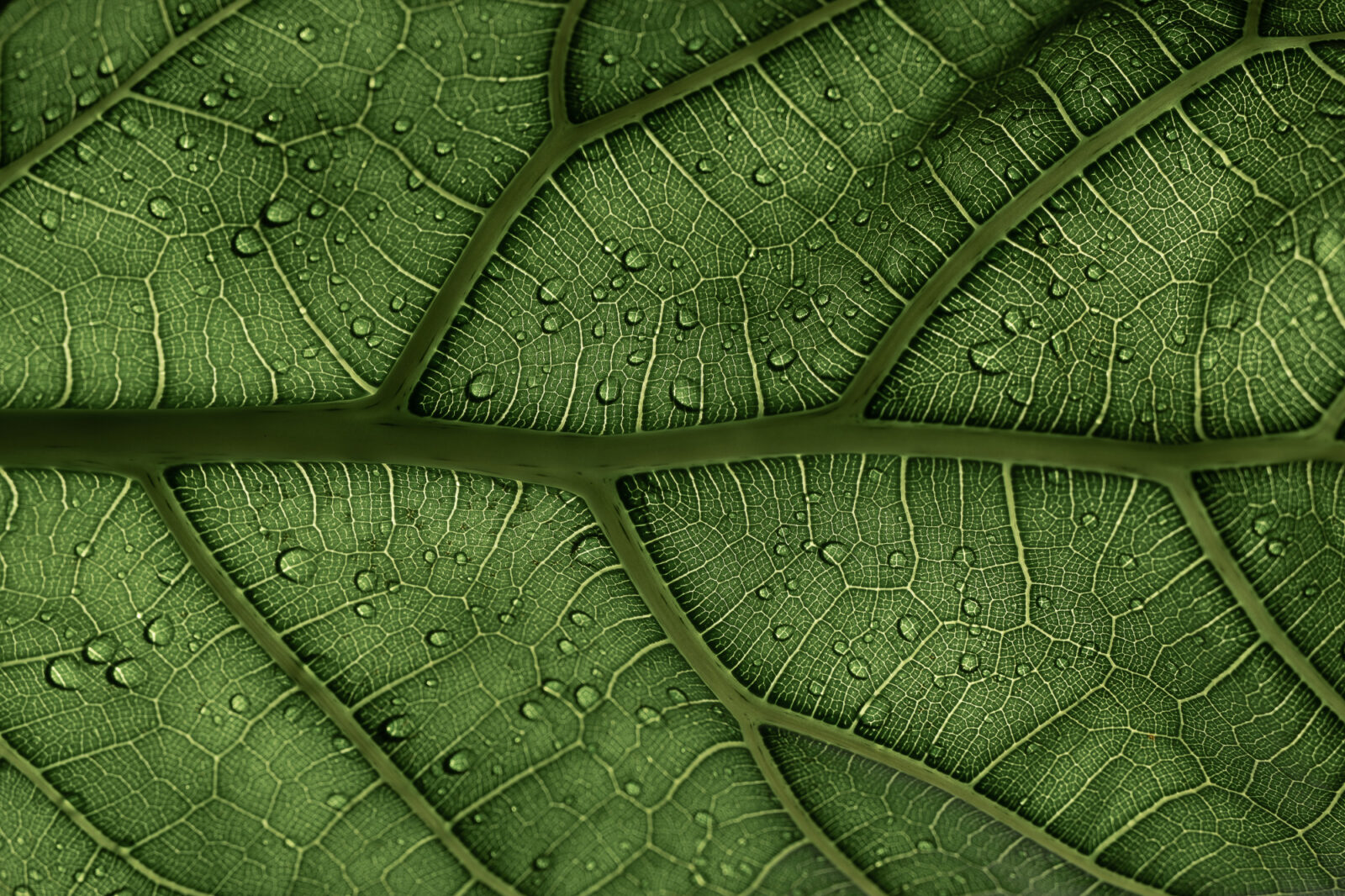 Maintaining and improving the health of Canada’s ecosystems can provide multiple benefits that contribute to clean growth, including:

Nature-based climate change policies—such as Indigenous-led ecosystem management, ecosystem-based carbon offsets or natural infrastructure investments—offer the potential to generate both climate and non-climate benefits. Yet a changing climate, coupled with human activities, is leading to loss and degradation of ecosystems and the services they provide, reducing the capacity of ecosystems to offset GHG emissions and support resilience. Measuring the state, functions, and trends of ecosystems can help track progress in protecting natural assets but also inform the design of nature-based climate policies that provide multiple climate and non-climate benefits.

Headline Indicator #11: Land Use, Land Use Change and Forestry

Ideally, we would track metrics that account for climate and non-climate services provided by ecosystems. This would help identify the full implications of changes in ecosystems due to human activities and natural disturbances. The best national-level climate-related ecosystem indicator currently available measures anthropogenic carbon sequestration (sinks) and emissions (sources) associated with land use, land use change and forestry (LULUCF) on managed lands for the purposes of Canada’s GHG emission reporting under the United Nations Framework Convention on Climate Change (UNFCCC). Figure 11.1 illustrates the change in GHG emissions from different LULUCF categories in Canada between 2005 and 2018.

For the purposes of UNFCCC reporting and the setting of GHG reduction targets, the Government of Canada estimates LULUCF as a net carbon sink in 2018, sequestering around 130 Mt of net CO2 equivalent in total. Given the linkages between managed forest land and harvested wood products, they can be considered together as a net sink of around 10 Mt of CO2e in 2018. Croplands are the second-largest sink (ECCC, 2020). While this indicator does not capture natural disturbances, such as wildfires or insects, or all ecosystems and their services, trends over time give an approximate sense of the role ecosystems play in Canada’s greenhouse gas emissions. The goal is to see overall sinks grow over time.

To assess Canada’s performance at a more disaggregated scale, we consider net LULUCF emissions by ecozone (Figure 11.2). Ecozones are defined by historical and evolutionary distribution of plants and animals.

The Montane Cordillera and Pacific Maritime ecozones in British Columbia are the largest sources of LULUCF emissions, contributing over 405 Mt cumulatively from 2005 to 2018, and 23 Mt and eight Mt annual emissions respectively in 2018 (NRCan, 2020a; ECCC, 2020a).

There are several reasons for these high LULUCF emissions in B.C. Despite a relatively high proportion of protected areas in the province, the practice of slash burning is common in these two major “source” ecozones, which releases significant quantities of particulate matter and GHGs into the air. Slash burning is used in 15 per cent of B.C.’s coast and 50 per cent of the rest of the province where clear cutting is practised (Government of British Columbia, 2020a; ECCC, 2019).1 Estimates by the federal and B.C. governments suggest slash burning is responsible for between 3 and 5Mt of CO2e annually (Government of B.C., 2020b; Kurz, 2020). Other important drivers of LULUCF emissions in these regions are the impacts of mountain pine beetle infestations and the unprecedented 2017–2018 fire seasons in B.C. At a national level, emissions from forest parcels suffering less than 20 per cent mortality due to insects are included in LULUCF inventory estimates, while burnt areas are removed entirely from national reporting (which, in 2018, were nearly 2.3 million hectares) (ECCC, 2020; NRCan, 2020b).

The largest LULUCF sinks are in the Boreal Shield ecozone that stretches across northern Quebec, Ontario, Manitoba, and Saskatchewan, and the Boreal Cordillera ecozone covering northern B.C. and southern Yukon. These areas are home to Canada’s boreal forest, which is the largest continuous and most intact forest ecosystem remaining on Earth (OECD, 2017).

Multiple human activities contribute to ecosystem loss over time. For example, agriculture, industrial, and new settlement activities have all contributed to deforestation (Figure 11.3). Canada’s forestry sector is not a major factor, with internationally recognized standards for sustainable forest management (OECD, 2017). Since the 1800s, Canada has lost 80 per cent to 90 per cent of its wetlands in and around urban areas, mainly due to land use conversion (CICC, 2020; NRCan, 2018).

Using LULUCF data as an indicator of ecosystem health and nature-based climate benefits has several limitations.

First, it does not represent the full impact of natural disturbances, such as wildfires. The LULUCF indicator captures only anthropogenic (human-caused) sources and sinks relating to land use, land-use change, and forestry. This is a reasonable approach for the purposes of setting national GHG targets. However, natural disturbances that are not directly linked to human activity nevertheless contribute to global GHG emissions and increased climate change.

For example, the LULUCF forest land indicator reports net emissions on managed land, which represents only 65 per cent of Canada’s forested area. Unmanaged forest lands can be both significant sinks or source of emissions, particularly as a result of natural disturbances such as wildfires and insects and the regeneration of disturbed areas.

LULUCF data also do not report directly on emissions from natural disturbances on managed lands except in areas under fire protection (Figure 11.4). Accounting for these disturbances would shift 2018 net sink estimates for forest land of 140 Mt to a net source of 110 Mt (NRCan, 2020a; ECCC, 2020). This is a 250Mt difference for managed forests alone.

Tracking emissions associated with natural disturbances and unmanaged lands more closely would, for example, highlight the climate benefits of efforts to limit the extent and damage of wildfires and manage insect infestations. While these are often thought of as outside of human control, there is significant scope for innovation in technology and practice (e.g., forest management practices, fire fuel treatments, protection and planting of deciduous trees, Indigenous fire management practices) (FPAC, 2019).

Second, LULUCF data do not capture carbon sinks and sources from all ecosystem types. LULUCF wetland estimates, for example, are limited to areas of peat extraction and flooding for hydroelectric reservoirs, capturing only a very small proportion of Canada’s wetlands (ECCC, 2020). Over thousands of years, peatlands have stored twice as much carbon as the world’s forests and can therefore be a significant source of emissions if they catch fire during a wildfire or are removed for mining activity (UNEP, 2019; Johnston, 2017). Canada is home to the world’s largest peatland carbon stores, with peatlands covering approximately 12 per cent of Canada’s total land area, with the largest peatland complexes in northern Ontario and Quebec (WCS, 2020).

Northern ecosystems, dominated by permafrost, are largely not included in LULUCF estimates. Climate change is increasing permafrost thaw, turning Arctic ecosystems from long-term sinks to potential long-term sources of emissions (Ogle et al., 2018; Jeong et al., 2018; Price et al., 2013). Depending on the climate scenario, Canada could lose 16 to 35 per cent of its permafrost area by 2100 from a 2000 benchmark (Price et al., 2013). The data also miss estuarine and coastal ecosystems such as seagrasses (e.g., eelgrass) that can sequester and store up to 90 times more carbon than a comparable area of forest (though Canada’s seagrass area is much smaller than its forest area) (Molnar et al., 2012).

Tracking these carbon sinks and sources more closely would highlight climate benefits from a broader range of ecosystems, enhancing the case for greater protection and restoration efforts.

Measuring these services and recognizing their value could provide an additional incentive for protection and restoration. Different types of wetlands may be more valuable for different climate benefits. For example, while peatlands are highly valuable carbon stores to conserve, mineral wetlands in and around urban areas may provide the greatest flood attenuation benefits (Pattison-Williams, 2018).

Biodiversity can also be an important contributor to resilience. For example, the Great Bear Rainforest on British Columbia’s west coast, home to the Heiltsuk First Nation, thrives on the nitrogen left by salmon carcasses brought into the forest by bears (BBC, 2014). Improved tree and soil health in turn reduces the risk of forest fires.

Canada is still a long way from a comprehensive and integrated database of its ecosystems, their role as GHG sinks and sources, and the multiple additional services they provide (e.g., resilience benefits). The national inventory for wetlands is yet to be completed. And annual tracking of ecosystem loss and degradation is not standardized across jurisdictions.

Inconsistent vegetation patterns and difficult access for on-field measurements have made it hard to measure the extent of wetlands (Johnston, 2017; ECCC, 2016). Remote sensing technologies such as satellite imagery and aerial photography can help reduce measurement challenges. There has been significant progress in remote sensing data and tools (Mahdianpari et al., 2020; World Bank, 2020). Natural Resources Canada is also working to model boreal peatland sources and sinks, which could eventually be added to Canada’s national inventory. A human impact metric has also been developed for Atlantic Canada’s estuarine coastal ecosystems that provides a sense of the impact of multiple ecosystem pressures (Murphy et al., 2019).

Offset markets may also create incentives for more accurate quantification of emission sources and sinks. Unlike forested lands, wetlands store carbon up to three metres deep, adding complexity to carbon measurement (Johnston, 2017). Here, too, work is moving forward. For example, the Saskatchewan Research Council has partnered with the forestry sector to develop a rapid and reasonably accurate protocol for forest managers to estimate carbon storage in wetlands (Johnston, 2017).

Connecting ecosystem-based carbon offset and resilience policies with other initiatives, such as local adaptation plans and regional to national biodiversity protection programs, can help realize multiple policy objectives. Voluntary carbon offset markets are perfect venues to include these objectives, as many buyers would be willing to pay a premium for credits that provide additional benefits such as increased resilience and biodiversity (Monahan et al., 2020; Hamrick & Gallant, 2018).

Environmental assessments, Indigenous consultations relating to major projects, and expanded understanding of Indigenous management of protected areas and ecosystems provide creative opportunities to advance new approaches to measure and value ecosystem services. For example, discussions between mining company Noront and First Nations in the James Bay lowlands of Northern Ontario led to a chromite project redesign to mine underground to limit degradation of valued peatland and hunting grounds (Gamble, 2017).