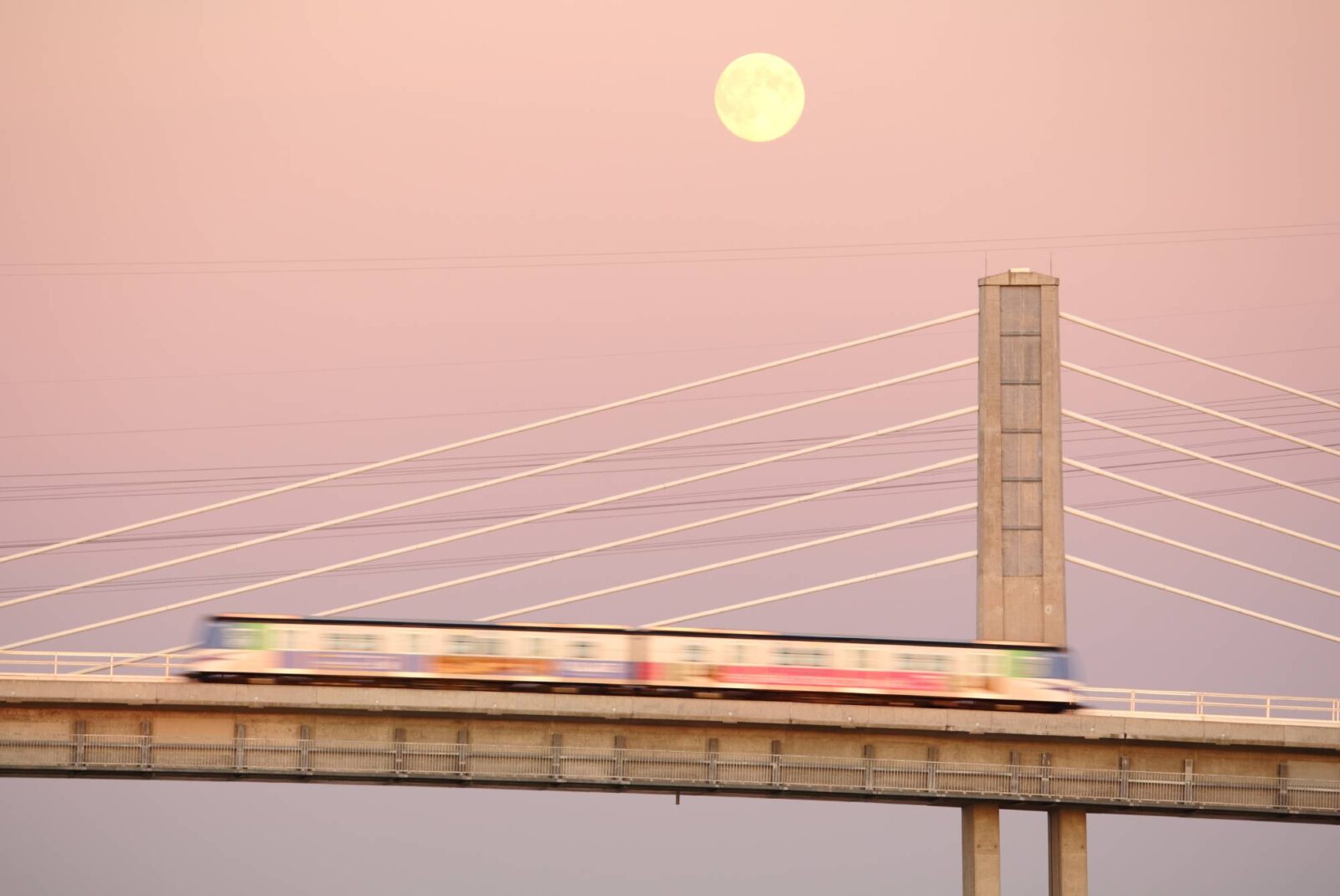 Technology development will be critical both in addressing climate change and in supporting long-term economic growth. When Canadian companies develop new or improved technologies—such as innovative fuels, materials, or software—they provide better and cheaper options for businesses adopting technologies (Indicator #4) and new sources of economic growth and jobs. At the same time, these innovations can ultimately improve resilience and reduce greenhouse gas emissions, both in Canada and internationally.

To measure low-carbon technology development, we use Statistics Canada data on environmental and clean technology (ECT) products as an estimate of goods and services sold by Canadian companies (Figure 3.1). An increasing contribution of these technologies over time would be a measure of cleaner growth. In 2018, the sector represented around three per cent of Canada’s GDP ($66 billion in 2018 dollars, or $60 billion in 2012 dollars).

Historically, growth in environmental and clean technologies has been uneven across the country. Three provinces contributed the most to Canada’s environmental and clean technology GDP in 2018: Ontario (33.3 per cent), Quebec (30.5 per cent), and British Columbia (13.6 per cent). This is partly a function of the relative size of these provincial economies. Measured as a percentage of provincial/territorial GDP, however, Newfoundland and Labrador, Manitoba, Quebec, the Yukon, Nunavut, and New Brunswick generate a higher share of ECT products (Figure 3.2). Detailed provincial/territorial data show that a significant proportion of economic activity in leading provinces is driven by hydroelectric production, construction, and services (Statistics Canada, 2020b).

A 2019 study of the Alberta cleantech sector found significant technology development activity in small and medium-sized enterprises focused on cleantech, particularly in the Calgary region. Out of 78 companies, roughly half were less than five years old. Over half sell to oil, gas, and mining sectors; one-third sell to power and utilities; and one-fifth sell to agriculture and food processing. Almost 80 per cent of reported revenues came from exports to the U.S. market, as discussed in Indicator #5 (ACTia & MaRS Data Catalyst, 2019).

While environmental and clean technology economic activity illustrates technology development in Canada, it has several limitations.

The scope of Statistics Canada’s Environmental and Clean Technology Products dataset currently provides an imperfect measure of technology development needed to achieve clean growth. However, addressing these issues and limitations would not necessarily require a new approach, but rather supplementing and expanding existing datasets to consider a broader range of technologies and economic activities.

Greater technology disaggregation at a regional level could help identify specific sources of emerging expertise and comparative advantage. For example, the MaRS Data Catalyst (2019) survey shows some emerging technology development concentrations relating to electrification: several Quebec companies are active in off-road and application-specific electric vehicles; companies in Ontario are active in smart grid and smart home technologies; companies in Alberta are focused on industrial processes; and companies in British Columbia are targeting electric vehicles and electrification infrastructure (Filion, 2019; CTG, 2020). Statistics Canada’s Survey of Environmental Goods and Services has made significant improvements in providing more detailed breakdowns for domestic sales and export revenues, but the data quality remains poor and detail is not available for some provinces and territories.

Improved tracking and analysis of the various sources of public research, development, demonstration, and commercialization programmes across governments would also help to identify successful approaches or combinations of approaches in terms of both emission reductions and economic growth.

MaRS Data Catalyst analyzed survey data from 87 electrification-focused small and medium-sized cleantech companies in Canada, considering the stage of technology development and levels of public and private funding. For technology development, companies were slotted into different technology readiness levels (TRL). A TRL of 1–3 is the first stage after research and scientific discovery; TRL 4 verifies the technology in a laboratory environment; TRL 5–6 demonstrates the technology in a relevant environment; TRL 7 involves prototype demonstration; 8 is commercial demonstration; and 9 is commercial deployment.

The analysis shows that most of the companies surveyed were in the later stages of technology development, particularly for smart grid, off-road electric vehicle, smart home, and industrial waste heat recovery technologies. Companies at the mid-stages of technology development (TRL 5–6) tended to receive less public or private funding than they were seeking, indicating a struggle for financing. In the earlier stages, public funding dominates as a source of financing, while in later stages financing is primarily from the private sector. Overall levels of financing are lowest between TRL 5 and 7.