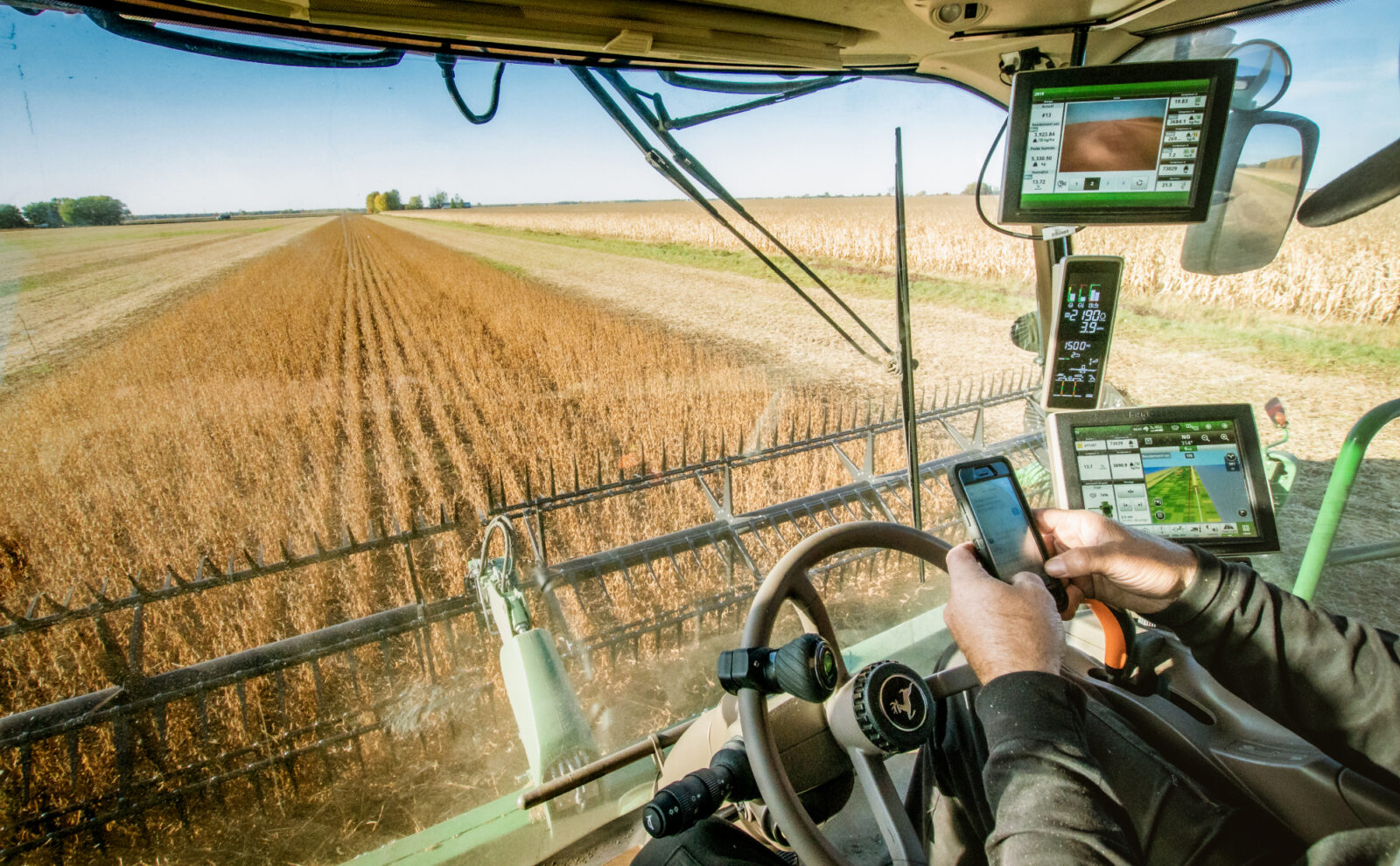 Technology adoption also enables clean growth. It can make existing sources of growth more resilient and generate fewer emissions. It can also expand markets for new sources of growth by building economies of scale and reducing per unit costs. Moreover, many of the technologies needed in a clean growth future already exist at some level of technological development. The challenge is to accelerate adoption.

Differences across countries are often the result of varying resource endowments and historical investment decisions. Canada’s role as an oil and gas exporter, for example, influences energy intensity results. While energy exports are excluded from the metric, the energy used to extract exported oil and gas in Canada is not. Canada’s large territory and relatively cold climate can also partly explain higher levels of energy use than other G7 countries, though the increased frequency and intensity of heat waves linked to climate change is expected to drive higher energy use for air conditioning across countries in the future. France’s historical investment in nuclear power, largely for energy security reasons, allows it to claim top spot in the G7 for low-carbon energy (WNA, 2020).

Greater adoption of four primary types of technologies can support progress on this indicator:

Figure 4.1 captures the first three types of technology, at least in terms of energy-related GHG emissions. Adopting technologies that reduce energy use and change energy consumption behaviour can lower the height of the bar, while fuel-switching technologies can change the percentage of low-carbon energy. The data do not, however, capture the fourth element. For example, it does not reflect the low-carbon aspects of Saskatchewan’s Boundary Dam project, where its coal power plant uses carbon capture and storage technology to limit the release of GHGs into the atmosphere (although the energy used to capture emissions is included) (SaskPower, 2020). Technologies that reduce non-energy-related emissions from industrial processes, waste, and agriculture are also not captured.

To understand the underlying factors in the national results in Figure 4.1, we look more closely at key sectors of Canada’s economy.

Canada’s electricity sector is the main factor behind our relatively high percentage of low-carbon energy. Over 80 per cent of Canada’s electricity generation is from low-carbon renewables or nuclear (CER, 2020). Still, there is scope to accelerate adoption further across all four types of technologies. Several provinces have electricity sectors that are more emissions-intensive, which limits their ability to decouple emissions from growth (Figure 4.2).

Historical trends show significant decreases in emissions intensity over time. Policy is a key factor (for example, accelerated phase-out of coal-fired electricity). Dramatic decreases in the cost of wind and solar power have also played a role, with wind power now competitive with natural gas, coal, and nuclear power in Canada (CER, 2019). These sharp declines in cost reflect learning rates, economies of scale, and increased competition as adoption of wind and solar were scaled up internationally (Rubin et al., 2015). From 2008 to 2018, average global costs of onshore wind generation dropped by 24 per cent and the costs of solar photovoltaics dropped by 77 per cent (IRENA, 2019).

Canada’s transportation sector is the primary driver behind the oil use shown in Figure 4.1, mainly as a result of road transport (CER, 2020). In many provinces, transportation is now the largest source of GHG emissions (ECCC, 2020c). Emissions from light-duty gasoline trucks (such as SUVs and pick-up trucks) and heavy-duty diesel vehicles continue to increase, with the number of vehicles rising 86 per cent and 57 per cent respectively between 2005 and 2018 (Figure 4.3). The average vehicle in Canada has a lower fuel efficiency than other countries, reflecting preferences for larger vehicles, greater distances driven, and a colder climate (CER, 2019; NRCan, 2018).

Adoption of fuel-switching technologies such as electric vehicles, electric buses, and hydrogen trucks increased over this period, but they remain a small proportion of total vehicles. In 2018, zero- and low-emission vehicles represented four per cent of motor vehicle registrations, up from less than one per cent in 2011 (Figure 4.4). Technology options for fuel switching in aviation, rail, and marine transport are developing, which may increase future adoption rates. Behavioural change is also a key factor in transportation decoupling, particularly in terms of shifting between modes of transport (from car to public transport or from truck shipping to rail). Technologies can help make these types of behavioural changes more attractive (e.g., bike share applications, transit route planning).

Emissions from light-duty gasoline trucks and heavy-duty diesel vehicles have increased substantially despite improvements in vehicle fuel efficiency, reflecting a consumer preference for SUVs and pick-up trucks and an increase in just-in-time delivery of products by truck. These data correspond closely with continued dominance of gasoline-powered vehicles in motor vehicle registrations, illustrated in Figure 4.4.

Canada’s industrial sectors are the greatest source of overall energy use in Canada (CER, 2020). While most industrial sectors reduced their GHG emissions between 2005 and 2018 (Figures 4.5 and 4.6), oil sands emissions more than doubled over the period as production increased. There is some evidence of decoupling in heavy industry (e.g., cement, mining, steel), as emissions declined by more than gross output between 2005 and 2018 (ECCC, 2020b). The emissions intensity of oil sands also declined over the period (ECCC, 2020c), which implies a greater rate of technology adoption. Most technology adoption to date has focused on energy-efficient technologies and cogeneration (combined heat and power). Further decoupling will require a greater emphasis on fuel switching (e.g., electricity, hydrogen, renewable fuels) and carbon capture technologies (Rissman et al., 2020).

After industry, commercial and residential buildings are the largest users of natural gas in Canada. Because buildings are some of the longest-lived assets in the economy, energy-use-reducing building technologies can also have a significant impact on long-term, low-carbon growth. New building investments today that are not low-carbon will increase the emission reduction challenge for other sectors in the future. Adoption of energy-use-reducing technologies has reduced emissions per household, helping slow emissions growth to only 1 Mt between 2005 and 2018 (ECCC, 2020c) (Figure 4.7). Energy-use-reducing actions and fuel switching helped reduce emissions per square metre of commercial floor space, but overall emissions still increased by around 6 Mt between 2005 and 2018 (Figure 4.8). Significant further emissions intensity reductions will require fuel-switching technologies. Options include renewable natural gas, hydrogen, electrification, district heating, and geothermal heating (ECCC, 2016).

While agriculture is not a large consumer of energy, it is the biggest source of non-energy-related GHG emissions. Emissions from on-farm energy use have increased slightly since 2005 (from 12 to 14 Mt CO2e). Most agricultural GHG emissions come from fertilizer use in crop production and methane emissions from farm animals. Emissions from crop production increased by 50 per cent between 2005 and 2018, while yields grew by around 30 per cent over the same period (ECCC, 2020c, Statistics Canada, 2020). Emissions from animal production decreased by around 16 per cent over the period, largely due to decreased cattle herds (ECCC, 2020c). Agriculture technology adoption is slowly increasing, particularly in terms of efficiency. Precision agriculture, for example, is driving increased yields with fewer inputs such as fertilizer, pesticides, and water through the use of technologies such as GPS, sensors, drones, and specialized software (Shorthouse, 2019).

Tracking the rate of technology adoption is important, but data can also inform the underlying reasons why adoption rates for a technology may be slow. Drawing on surveys by Statistics Canada, the DEEP Centre, and others, we distill various reasons into four factors that influence the rate of low-carbon technology adoption: stock turnover timelines; technical feasibility; cost; and government policy (DEEP Centre, 2016; Statistics Canada, 2019d; Dow, 2019).

Stock turnover timelines play a major role in adoption rates. Businesses and households normally wait until existing stock wears out and requires replacement before investing in something new. Vehicle turnover is in the range of 10 years, but the timeframe is much longer for industrial boilers (25–50 years) and residential buildings (25–100 years) (DDPP, 2015). Replacing technology before the end of its useful life is generally higher cost than taking advantage of natural turnover cycles for capital stock.

Technical feasibility refers to how the adoption of technology influences product quality from a user perspective. For example, if adopting a certain technology results in higher levels of production for a business or improves product quality, it would have a higher technical feasibility. Consider electric vehicle adoption. Consumers concerned about battery range (how far a vehicle can drive before it needs a charge) would view vehicles with more range to have higher technically feasibility than those with lower ranges (Dow, 2019). Technical uncertainty, and a lack of technical knowledge or skill, can also hinder adoption rates (DEEP Centre, 2016).

Cost, both upfront and ongoing, is also a significant factor in determining adoption rates. In a 2016 survey of 72 firms in Canada, three-quarters said that cost was the number one challenge in adopting clean technologies (DEEP Centre, 2016). Cost considerations also fall along a spectrum. While most technology adoption is likely to involve some level of upfront cost, there can be net savings over time. Energy efficiency technologies, for example, can reduce energy costs. The challenge for businesses is how the rate of return compares to other potential investments they can make. If the upfront cost is high, the time to payout is long, and the rate of return is uncertain, firms will be less likely to choose low-carbon investments (DEEP Centre, 2016).

Government policy (and the stability and certainty of those policies) plays an important role in influencing the cycle of technology adoption and development. Climate policies such as regulations, building codes, pricing, or financial incentives lead companies and individuals to increase adoption of climate-related technologies. Clear policy signals can help provide a level playing field within sectors and strengthen the case for business investment. Increased adoption in turn increases the size of the market, driving the investment and innovation underpinning additional technology development, which then improves technical feasibility and cost over time. Early government policies such as Germany’s feed-in tariff, for example, increased the size of the market for wind and solar, attracting more investment for companies developing these technologies and improving global economies of scale. Policies and investments in China further increased market size and drove competition that improved both technical feasibility and cost. Wind and solar are now often cost-competitive with fossil fuel alternatives, which has led to higher adoption rates (IRENA, 2019).

As efforts to address climate change accelerate, the distinction between mitigation and adaptation technologies may blur. For example, carbon-negative concrete, energy-efficient air conditioning, or green roofs can support both objectives. There may therefore need to be a third category of low-carbon and resilient technologies.