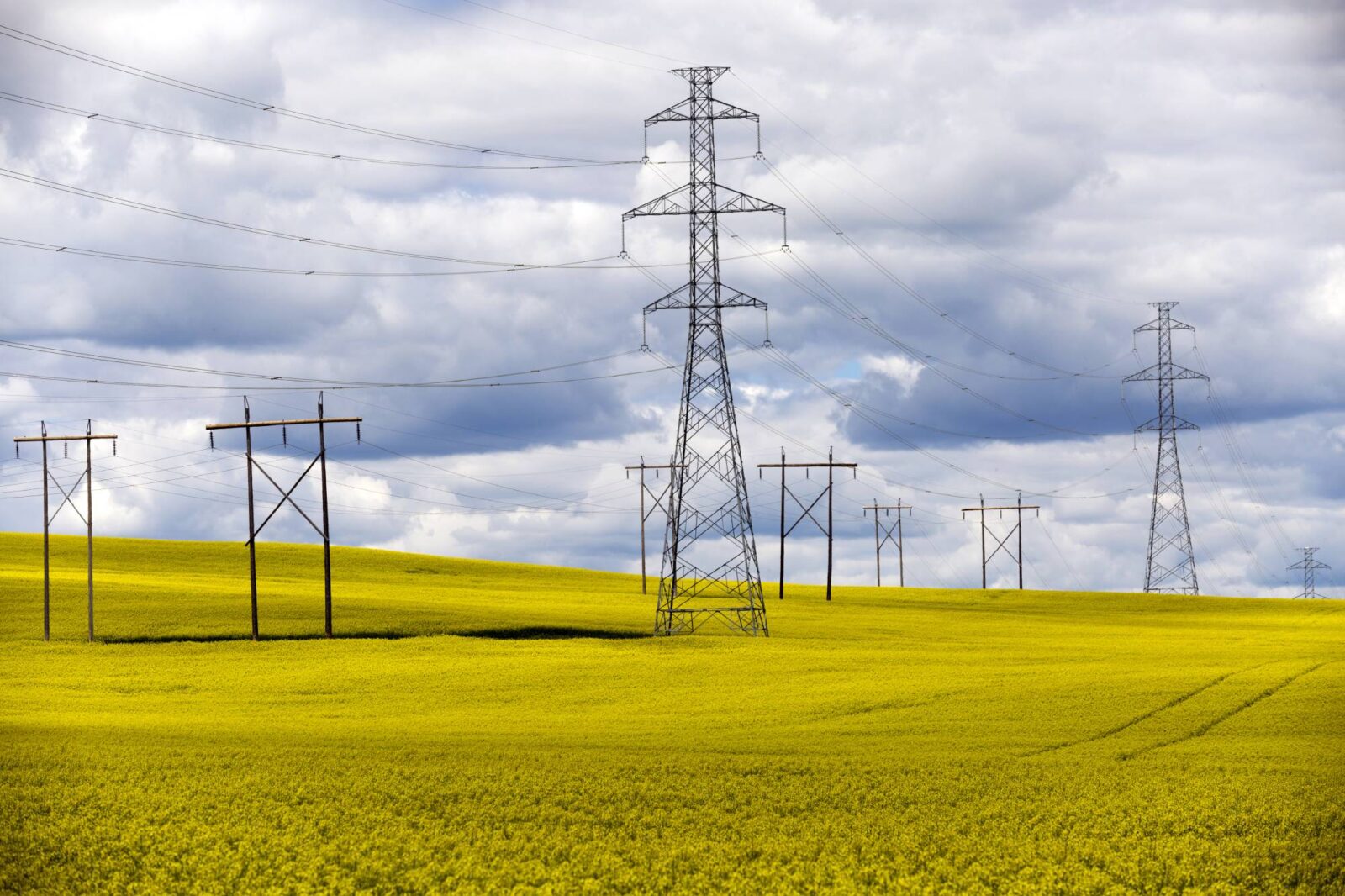 The policies required to achieve Canada’s climate goals will directly and indirectly affect household budgets. Whether a policy subsidizes energy-efficient retrofits to make them more affordable or raises the price of gasoline to encourage the use of cleaner alternatives, households will be affected by the transition to a low-carbon economy. Even policies targeting businesses and industry can trickle down to households through prices for things like vehicles and food. Policies can also positively affect household incomes: for example, by rebating carbon price revenues to households or by influencing the types and availability of jobs in the economy.

These costs and benefits are often distributed unevenly. In some cases, mitigation policies, such as subsidies for public transit or means-tested rebates, can make low-income households and marginalized groups better off. In other cases, policies can have regressive impacts, disproportionately affecting those least able to afford it and exacerbating pre-existing inequities.

Governments can take steps to design policies to ensure they are fair. Monitoring household costs and impacts allows policy makers to see the real-world implications of climate policies within the context of pre-existing vulnerabilities and assess the affordability of essential goods and services. Such data can help policy makers pivot and adjust accordingly. And while climate policies cannot be expected to address complex and deep-rooted socio-economic problems, they can at least ensure those with fewer means are not left worse off. In many cases, they can address climate issues and social issues in parallel.

To inform distributional impacts of climate policies, we focus on three areas of household energy expenditure most likely to be affected by mitigation policies: energy use in homes, vehicle fuel, and public transit. Figure 8.1 shows the (average) share of these household expenditures across income quintiles between 2010 and 2017.1

Climate policies have likely had some influence on changes in household expenditures over time but the aggregate impact is unclear. Regulations to reduce GHG emissions from electricity production, for example, have put upward pressure on electricity prices in some provinces (Doluweera et al., 2018). Mandates to blend biofuels with gasoline and diesel put upward pressure on fuel prices at the pump (Canada’s Ecofiscal Commission, 2016). At the same time, improvements in energy efficiency standards (e.g., for vehicles, appliances, light bulbs, furnaces, etc.) and household rebates/subsidies have helped reduce energy bills but do not show up explicitly in the data, including rebates in provinces and territories where the federal carbon price is applied. Critically, each of these policies have helped Canada reduce its GHG emissions.

Other factors are also at play with the trends in Figure 8.1. Total household spending on energy over this period increased for every quintile, except the lowest. But because total household expenditures increased at a faster rate (i.e., household spending on everything else), the share spent on energy went down.2 At the same time, changes in global commodity prices, increasing energy demand, and consumer preferences also affect household expenses. Natural gas and gasoline prices, for example, have trended downward since 2014, whereas electricity prices have generally trended upward (CER, 2017a).

The concept of “energy poverty” is particularly relevant here, as it highlights the risks for financially vulnerable households. By one definition, households experience energy poverty when they spend 10 per cent or more of their total income on household heating/electricity and vehicle fuel (Boardman, 1991; Boardman, 2010; CER, 2017b). And while the precise 10 per cent threshold is instructive, more important is that it highlights the number of households that spend a disproportionate share of their income on energy.3 Households that experience energy poverty can face higher health risks (e.g., keeping households colder to save money) and typically have less money to spend on other needs and wants.

Figure 8.2 also includes the GHG intensity of electricity generation in each province/region to help illustrate the connection between energy costs and GHG emissions (ECCC, 2020).4 Notably, households in provinces with low-emission electricity grids tend to pay less for their electricity than in provinces with emissions-intensive grids. Quebec residents, for example, enjoy some of the lowest energy costs in the country and also emit fewer GHG emissions from household heating and electricity. And while the emissions intensity data in Figure 8.2 exclude emissions from fossil fuels used in homes and vehicles, the data from Indicator #1 show that provinces with higher GHG productivity (i.e., more economic activity and fewer GHGs) generally have lower household energy costs (B.C., Manitoba, Ontario, Quebec). The exception to this is in the Atlantic provinces, which have both the highest GHG productivity (except Newfoundland and Labrador) and the highest energy costs.

Finally, the data in Figure 8.2 do not include the territories and Northern communities, which face significant energy poverty challenges. Data are often scarce, which makes it difficult to track and monitor household expenditures. Generally, however, energy and transportation are more expensive in the North, which makes these communities even more exposed to potential climate policy distributional impacts. These communities are also more likely to experience poverty and other factors of vulnerability (see Indicator #9).

Household energy expenditures provide important insights on overall costs for households but are an incomplete measure.

First, expenditure data do not show the aggregate impact from climate policies. Ideally, indicators of distributional impacts would isolate and measure the effects on household budgets from all climate policies—including subsidies, regulations, taxes, and rebates. This would allow policy makers to understand the aggregate effect of climate policy over time and how it affects different types of households (e.g., low-income, high-income, marginalized groups, etc.). Household expenditure data alone do not provide this type of information.

Second, expenditure data do not provide information on individual policy design. The design of climate policies is critical to determining how the costs and benefits are distributed across households (and the economy more broadly). Design also determines the cost-effectiveness of policy and thus the overall costs and benefits (Canada’s Ecofiscal Commission, 2015). Yet the high-level energy expenditure data in Figures 8.1 and 8.2 provide no meaningful information on whether governments are designing policies to minimize overall or distributional costs on households.

Table 8.1 illustrates several types of policies, all of which have distributional implications for the most vulnerable and marginalized in Canadian society. Some were designed to specifically protect and help low-income households, such as the national carbon price, which provides direct rebates to households and leaves the bottom three income quintiles better off (all else being equal). Other policies, however, can narrowly benefit those with higher incomes, such as EV subsidy and household solar financing programs.

Ideally, policy design would consider multiple factors such as distributional household impacts, cost-effectiveness of GHG reductions, and incentives for behavioural change. Controlling energy prices or subsidizing energy use can distort price signals needed for investment in lower-carbon technologies and reduce incentives to limit energy use. Rebates that are not tied to energy use can help address affordability concerns without these effects. Time-limited subsidies that primarily benefit higher-income populations can also sometimes be justified if they help kick-start an emerging market for new or higher-cost technologies (Popp, 2016).

Pre-existing vulnerabilities and socio-economic pressures are also important to consider, as they can ultimately impact the fairness, effectiveness, and long-term durability of climate policy (see Box 8.1). Fortunately, there are many ways to design and implement policy to ensure they do not disproportionately affect Canada’s most vulnerable populations. 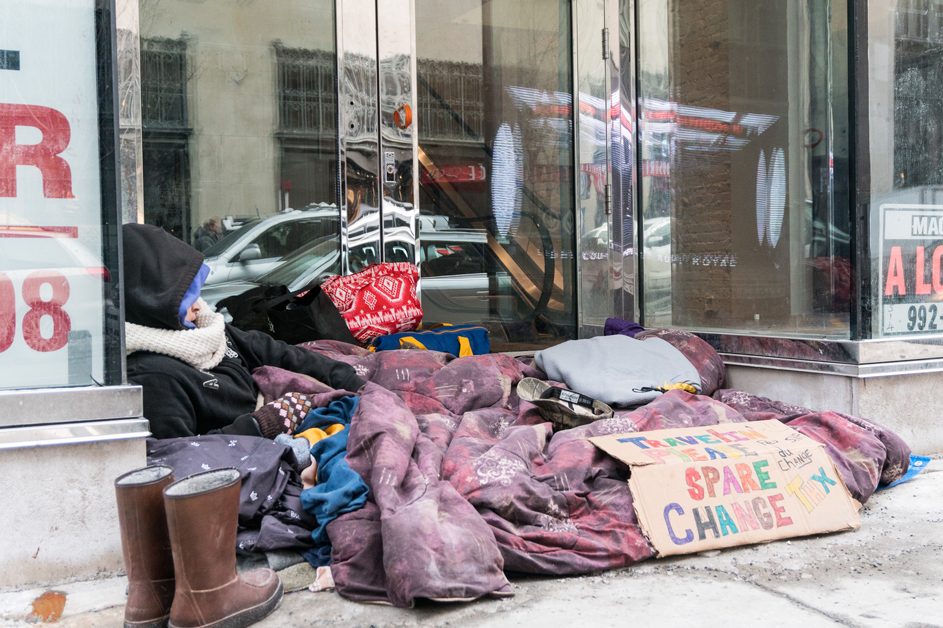 BOX 8.1: THE LINK BETWEEN INEQUALITY, SOCIAL TRUST, AND CLIMATE POLICY

Climate policies cannot be developed in a vacuum. Policies are implemented within the context of dynamic, complex, and often unpredictable political discourse, affected by changes in global and domestic markets, employment, technological change, and culture, among other factors. They exist within the context of pre-existing socioeconomic challenges, such as income inequality, poverty, systemic discrimination, and deprivation of essential services.

Climate policies interact directly with this underlying context, with lines of causality running in both directions. Creating effective and durable climate policies requires a strong foundation of social and political trust—confidence that governments can solve big challenges and make Canadians better off. High rates of inequality, poverty, and deprivation can erode this foundation and make implementing climate policy more difficult. At the same time, poorly designed climate policies can exacerbate pre-existing inequities, making it harder to implement ambitious and lasting solutions.

Despite modest gains, income inequality and poverty remain big challenges in Canada. By nearly every measure of income inequality, Canada ranks in the middle of the pack relative to other wealthy countries. In 2018, for example, the bottom 20 per cent of Canadian households earned 6 per cent of all income generated in Canada, whereas the top 20 per cent of households took in 41 per cent. Poverty rates have declined in recent years (from 16 per cent in 2006 to 10 per cent in 2017) but remain high for certain groups, such as single persons (25 per cent), young single mothers (27 per cent), and Indigenous children (40 per cent). While climate policies likely play a small role in these trends, they could amplify these inequities in the future if they are not carefully designed.

When it comes to social and political trust, Canada scores high relative to other wealthy, democratic countries. In 2017, Canada ranked fifth of 35 OECD countries in terms of the confidence citizens held in their national governments. Yet Canada has also experienced significant national and regional tensions, centred on issues such as pipelines, natural resource development, carbon prices, and Indigenous rights and land title.

Given the pace and scale of change required for Canada to transition to a low-carbon economy, these complex linkages between climate policy and social and political trust matter more than ever and deserve detailed ongoing examination. In many ways, addressing climate change while also addressing social inequities is mutually reinforcing.

Assessing the distributional impacts of climate policies on households is admittedly a complex challenge. Household expenditures change based on a wide range of factors; climate policies are only one factor, with cost pressures moving in both directions. A single climate policy can interact with other climate and non-climate policies.

Despite these challenges, governments can improve how they assess the distributional costs and benefits of climate policy. In particular, governments can conduct more detailed financial analyses upfront—as policy is being designed—to help ensure that the most disadvantaged and vulnerable households are not made worse off by policy decisions. Similar to the data in Figures 8.1 and 8.2, this type of analysis could assess policy impacts across income quintiles. The federal carbon price is one of few examples where this type of financial analysis was completed.

Developing standards for this type of analysis—nationally and across provinces—could help. They could ensure that costs and benefits of a particular climate policy are weighed against existing cost factors, including those from other climate and non-climate policies. They could also help standardize a more detailed level of analysis across household characteristics. Here governments could apply a wider intersectional lens to data analysis, looking at age, gender, ethnicity, and income category. This type of data, for example, would allow researchers to identify the incidence of energy poverty in Canada by region, income group, and household characteristic.

Finally, improving financial analysis of climate policies could help governments weigh household outcomes against other policy objectives. Maintaining energy affordability is an important objective—especially for those with lower incomes—but other objectives matter as well, such as reducing GHG emissions and minimizing total economic costs.