Canada’s path to net zero greenhouse gas emissions could have an added benefit: cleaner, healthier air. According to a report we published recently, pathways towards a net zero future could reduce human-made particulate matter—one of the most damaging air pollutants—by as much as 88 per cent, with societal health benefits of about $7 billion a year.

Zeroing out greenhouse gas emissions can help improve our air quality and save lives. But what’s more, air pollution reduction benefits are mostly about whether we get to net zero, not about how we get to net zero.

The Institute’s recent report, Canada’s Net Zero Future, details multiple ways Canada can achieve net zero greenhouse gas emissions by 2050. And while the big focus of the report was on the different technologies and energy systems that can get Canada to its climate commitments, it also looked at what a net zero future means for the air we breathe. After all, the same fuels and activities that contribute to climate change also pollute the air.

The analysis homes in on one of the most damaging air pollutants for human health: particulate matter emissions. Long-term exposure to particulate matter is associated with increased risk of heart disease, cardiovascular disease, chronic obstructive pulmonary disease, lung cancer, and premature death. It increases emergency rooms visits, hospitalizations, time away from school and work, and days when it’s unsafe to go outside. Children, the elderly, and people with pre-existing health issues are hit hardest.

Our results illustrate the close relationship between CO2 emissions and particulate matter exposure. On pathways to net zero, the societal health burden from particulate matter could fall from $8.3 billion in 2015 to between $0.7 billion and $1.7 billion per year by 2050 (see Figure 1).

The results also show that these huge health benefits happen under multiple pathways to net zero. In a future where Canada’s energy system is based largely on solar or wind electricity and hydrogen, for example, particulate matter emissions can be nearly eliminated (the lower bound). Big reductions in air pollution are also possible in a future energy system that uses fossil fuels and negative emissions technologies; however, achieving these health benefits would require stringent ambient air and emissions standards and significant technological advancements for cleaner and less polluting combustion (the upper bound).

It’s not just the cities that benefit

The benefits of cleaner air will come from different sources and look different across provinces. Big cities will benefit the most, simply from the sheer number of people breathing cleaner air. But air pollution isn’t just a big city problem and is a fact of life for millions of people in Canada.

In absolute terms, Ontario and Québec will benefit the most, simply from having larger populations living closer to major pollution sources. In short, more people will be less exposed to air pollution, resulting in larger societal health benefits (see Figure 2). The drop in pollution in these provinces would come primarily through greening the transportation sector in large urban areas. Transitioning heavy-duty vehicles to non-emitting energy sources—such as electrification or hydrogen—would have the biggest benefit.

Changes in industry could drive additional benefits in other parts of Canada. In Alberta and Saskatchewan, for example, there could be far less pollution coming from heavy industry and natural resource development projects (see Figure 3). Phasing out of coal-fired electricity in these two provinces would have a significant impact on regional air quality. Cleaner electricity grids would also be a major driver of reduced health burden in Atlantic Canada.

These results emphasize how reducing greenhouse gas emissions can drive multiple benefits. But perhaps what’s most important is how quickly the health benefits occur in the provinces and communities that take action.

The phase out of coal-fired electricity in Ontario illustrates this point well. Within the span of a decade, the coal phase out reduced sulphur dioxide emissions from Ontario’s electricity sector by 99.7 per cent, nitrogen oxide emissions by 86 per cent, and greenhouse gas emissions from the electricity sector by 87 per cent. In tandem with significant emission reductions from coal-fired power plants in the Ohio River Valley in the U.S., the number of smog days throughout Ontario decreased from 53 in 2005 to zero in 2014.

Whether your primary concern is air pollution or climate change, acting on one can get you both. Not only that, but addressing either air pollution or climate change can address important environmental justice issues because racialized and vulnerable communities are disproportionately exposed to air pollution. Reaching this trifecta of societal gains in climate, health, and environmental justice is achievable but requires targeted and evidence-based policies.

Although air pollution is an ingrained part of life right now, it doesn’t have to stay that way. Working toward net zero emissions—under a range of different pathways—can make cleaner air a reality, providing huge health benefits to millions of Canadians. It’s something that can make us all breathe a little easier. 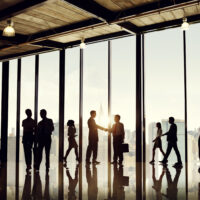 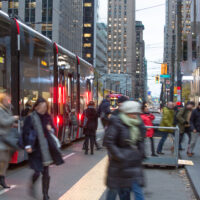 What puts the “net” in net zero?