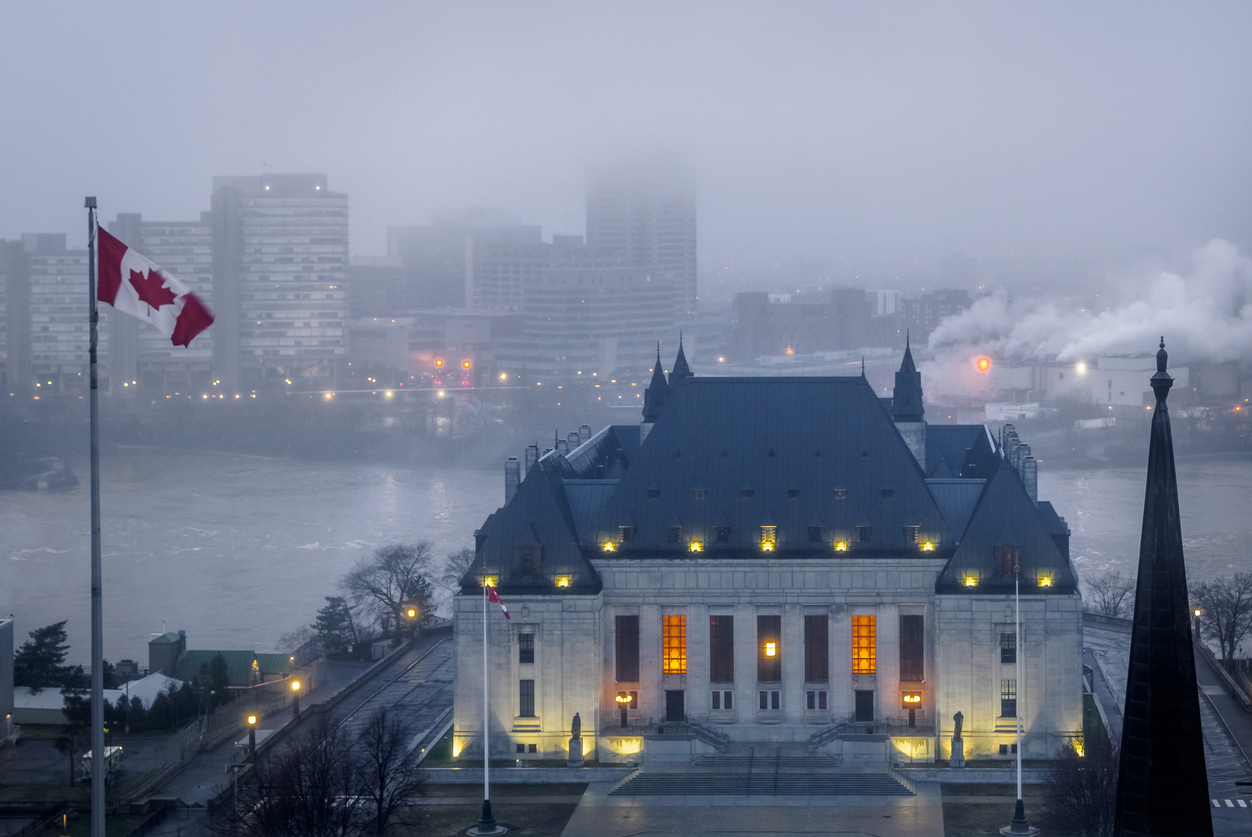 Today, the Supreme Court of Canada upheld the federal government’s carbon pricing legislation. I’m not going to unpack the legal implications here, but I will take a closer look at what it means for climate policy in Canada. Here are two things that change with the decision, and one thing that stays the same.

Change #1: With more policy certainty, Canada has now a credible shot at achieving its 2030 target

As I have written previously, Canada’s current climate plan is unusual in the history of Canadian climate plans: it actually has sufficient stringency to achieve the country’s 2030 target. A carbon price that rises to $170 per tonne by 2030 is a critical part of that plan. Modelling from Navius Research, for example, suggests that that this price puts Canada on track to deliver the emissions reductions required over the next decade.

Our own analysis of Canada’s pathways to net zero reinforces the same finding. Getting to the 2030 target will depend on rapidly scaling up “safe bet” solutions—commercially available, tested technologies and practices. Increasingly ambitious carbon pricing can do exactly that, by creating incentives for businesses and individuals to adopt those solutions in order avoid paying that carbon price.

By validating the federal carbon price backstop, the Supreme Court has increased the certainty that the price on carbon emissions will in fact follow the planned trajectory to 2030. Increased certainty means a stronger incentive to invest in the solutions now that will pay off in lower emissions (and lower carbon costs) in ten years. Still, while legal uncertainty has passed, political uncertainty remains.

An aggressive (and more certain) carbon price isn’t just about the 2030 target; it will also provide a foundation for achieving net zero by 2050. For one, our net zero pathways show that driving changes in Canada’s economy in the next 10 years is a foundation for deeper changes to 2050. But getting to net zero (and maintaining a prosperous economy) also depends on unlocking emerging new “wild card” solutions. More certain carbon pricing helps here too: expectations regarding high carbon prices in the future can drive innovation by creating incentives for investment in new, emissions-reducing innovations that will pay off in the future, perhaps in unexpected ways.

Change #2:  It’s time for the provinces and territories to make carbon pricing their own

Now, the Supreme Court ruling has provided the clarity needed to move forward. The federal government can indeed impose a backstop on provinces or territories that haven’t adopted a sufficiently stringent carbon price of their own. But the decision still gives provinces and territories plenty of room to maneuver.

What doesn’t change:  There’s still work to be done

The Supreme Court ruling clears the way for carbon pricing to play a leading role on the path to 2030 and beyond. That doesn’t mean it’s time for climate policy wonks to take their eyes off the ball.

First, to be effective, the federal plan must be implemented as described. Actions speak louder than words, and the federal government has to follow through on the plan—and the increase in the carbon price and rebates—it has proposed. The new independent Net Zero Advisory Body and accountability legislation can help increase the likelihood that future governments will follow through on carbon pricing and other policies.

Second, governments must adjust critical design choices in their carbon pricing systems to ensure effectiveness. As carbon prices increase, these design choices will increasingly matter for the overall performance of policies. And in some cases, existing systems could be improved.  The Institute has new analysis underway to provide guidance as to how to do so.

Third, carbon pricing isn’t the only policy lever that counts in advancing “safe bets” or “wild cards.” The pathways we explore to 2030 and on to net zero by 2050 will require other actions and policies that can complement carbon pricing. For example, new infrastructure—to transport hydrogen, electricity, CO2, or a combination of all of them—will be required. Additional government support for a portfolio of potential wild cards that can reduce greenhouse gas emissions and contribute to new sources of economic growth in the future can make sense.

Carbon pricing and beyond

Carbon pricing has taken up lots of oxygen in the Canadian policy debate for the last few years. That isn’t necessarily a bad thing—as a country, it feels like we’ve worked through some hard conversations around climate policy, and ultimately converged on policy that can be both cost-effective and effective in reducing emissions. Now that one of the major arguments against a nationally consistent carbon price has been dismissed, it’s time to take a deep breath—and turn our attention to making carbon pricing work even better on the way to net zero.