At first glance, carbon lock-in is a simple concept: things that we buy, build, or invest in today—whether it’s a new industrial factory or a new household furnace—often come with long lifespans that effectively “lock in” their associated greenhouse gas emissions for years or decades to come. And when all these choices are added together, they can create sticky social, political, and technological constituencies that have a vested interest in extending the status quo, making future emissions reductions even harder.

But taking carbon lock-in beyond the conceptual level—and implementing climate policy to avoid it—is an entirely different beast. It raises complex questions around timing: policies must prevent locking in pathways that make it harder or more expensive to hit Canada’s climate targets, while simultaneously encouraging climate-aligned investments that generate economic prosperity. A project today may align with net zero pathways, but the same project proposed years from now may not.

In the first installment of this two part series, we dig into the meaning of carbon lock-in and the threat it represents to Canada’s climate goals and its economy. In the next installment, we’ll apply these lessons to one sector of the economy that’s at particular risk of carbon lock-in.

Locking in some theory

Let’s start with some brief theory. The concept of carbon lock-in gets thrown around a lot in climate debates, so it’s worth spelling out.

The size of this risk depends on a few factors. The biggest factors are the emissions generated from a given project or asset, along with its useful life. Projects and assets with big emissions profiles and long lifespans carry a bigger lock-in risk, illustrated by the figure below from the World Resources Institute.

Figure 1: Lifecycle emissions and typical lifetime of infrastructure and equipment

The other big risk factor is the extent to which current emissions from a given project or asset are a predictor of its future emissions. Some projects, for example, can be “future-proofed” when initially built, making it easier or cheaper to reduce emissions down the road. This could include wiring parking stalls in office buildings to handle EV charging infrastructure, even if the full installation of chargers doesn’t happen right away. In other cases, an asset or project could be retrofitted with new technologies that help it reduce emissions, such as installing an electric arc furnace at a steel plant to replace a coal-fired blast furnace. Yet unless these abatement technologies are expected to be widely deployable in the near future, relying on retrofits down the road to reduce emissions is often riskier than “future-proofing” by avoiding carbon lock-in upfront.

Finally, carbon lock-in is not just about risks to the climate. It’s also about risks to the economy. Projects and assets with a higher risk of lock-in also face a greater risk of becoming stranded in the future, which can have adverse impacts on everyday Canadians. Whether its environmental liabilities that taxpayers end up fronting, or the social and economic disruption from a major employer closing in a small community, stranded assets can have significant ripple effects. These risks are particularly high if the global clean energy transition unfolds faster than markets currently anticipate.

Each of these carbon lock-in risks hinges on timing. On one hand, achieving Canada’s climate goals means staying within a finite carbon budget each year—an amount that must decline sharply over the next 30 years. This means carefully guarding against projects and activities that are misaligned with Canada’s emissions trajectory because of their high emissions, their long lifespans, their limited abatement options in the future, or some combination of all three.

At the same time, however, Canada must rapidly scale up investment to both achieve its net zero target and maintain its competitive edge in the world economy. In the short term, this requires striking a delicate balance between significantly increasing capital to decarbonize Canada’s emissions-intensive sectors while avoiding costly stranded assets in the long term. It also means fully opening the taps for projects that have a low or minimal risk of carbon lock-in (for example, renewable electricity and green hydrogen).

These temporal dynamics raise complex questions for policy makers and regulators. Transitioning emissions-intensive industries will not happen overnight. It might make sense in some situations, for example, to make a new investment in an emissions-intensive asset today if its lifespan is short enough to align with Canada’s net zero pathway and it will be phased out by a certain date. Making this same investment in five or 10 years’ time, however, may not make sense.

All of this underscores the need for a precautionary approach. Whether it’s a new project or a retrofit that extends the life of an existing project, the risk of carbon lock-in is real. It requires policy makers and regulators to take a stance on how much individual assets—and the economy more broadly—should bet on unproven technologies to reduce emissions in the future. Betting big on fully commercialized technologies makes sense (like the EV charging example), but relying on wildcard technologies like carbon capture and small modular nuclear reactors may not.

The need to minimize carbon lock-in also underscores the importance of developing clear guidelines and policies that incent projects that both drive economic growth and align with Canada’s climate goals. Canadian climate policy, while clearly moving in the right direction, is still not equipped to manage the tricky temporal dynamics of lock-in. The same goes for the financial sector, which desperately lacks standardized terminology and thresholds that would allow markets to see whether individual projects do—or do not—align with Canada’s net zero future. The good news is that help is on the way. Well-designed policies and standards can address the thorniness of carbon lock-in. In Part 2 of this series, we explore how one particular sector—Canada’s oil and gas sector—is at heightened risk of carbon lock-in and what Canada can do to prevent it. 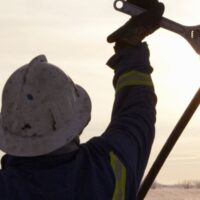 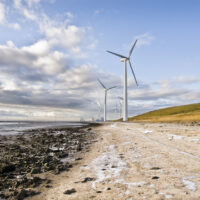 Five ways to responsibly transition the oil and gas sector 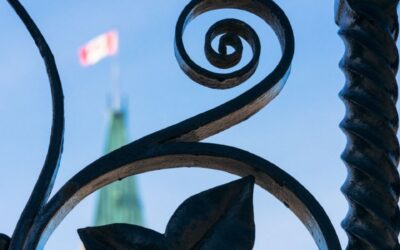 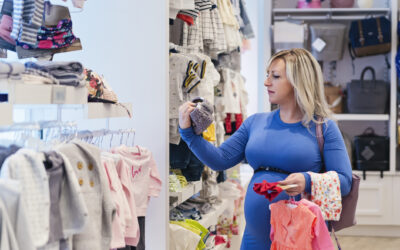