We are in a global energy crisis. Countries like Canada are under pressure to expand oil and gas production capacity to help alleviate supply crunches, especially in Europe, caused by Russia’s invasion of Ukraine. How should governments in Canada help navigate through this short-term energy crisis, without losing focus on critical global climate goals?

The recent release of the 2022 World Energy Outlook (WEO) from the International Energy Agency provides some welcome clarity. The new WEO shows there is no scenario for the energy system with continued, long-term growth of fossil fuels— including natural gas. The best and most durable solutions to these twin crises lie not in expansion of long-term fossil fuel infrastructure, but in energy efficiency and clean energy.

The writing’s on the wall for fossil fuels

Even in the most conservative scenarios modelled in the WEO, total fossil fuel use peaks in just a few years, and natural gas demand plateaus by the end of the decade. Other scenarios show that in a more accelerated transition, where countries meet their climate goals, fossil fuel demand declines even more decisively: in some cases, natural gas demand would drop 38 per cent by 2050 compared to today. In a scenario in which energy emissions globally drop to net zero by 2050 — consistent with the net zero goals of many countries, including Canada — natural gas demand drops by 78 per cent.

When it comes to one type of natural gas, however, the picture is more complex. In the STEPS scenario, which is based on only today’s stated policies, demand for liquefied natural gas (LNG) which can be exported overseas, does rise modestly to 2050. Scenarios reflecting faster transitions, however, show a clear decline in demand for LNG. In a world that achieves its net zero goals, any LNG capacity that isn’t already under construction, is not needed.

The global energy transition is happening, and fossil fuel demand is trending down. The only question is how fast.

In a world where demand for fossil fuels is clearly in decline, and long term demand for LNG is at best uncertain, betting on the viability of long-lived fossil fuel infrastructure is risky. Even in a world where LNG does grow, Canada could be outcompeted by other suppliers, as argued by Rachel Samson of the Institute for Research on Public Policy. In the WEO outlook scenario that is based on today’s stated policies, 85 per cent of growth in LNG supply to 2030 is from other countries, namely the United States and Qatar, who benefit from low production costs and in Qatar’s case, better proximity to markets. Having the private sector take the gamble on new LNG projects is one thing, but using public money—in essence to bet against an accelerating energy transition— is quite another.

Where does this leave Canada? In a world that’s facing a short-term energy crisis within the context of a climate crisis, the best bets are those with brighter and more certain prospects: clean energy. On this, the IEA is clear as day: ‘The need for [a] clean energy investment surge is greater than ever today. As [we have] repeatedly stated, the key solution to today’s energy crisis–and to get on track for net zero emissions–is a dramatic scaling up of energy efficiency and clean energy.”

The markets, of course, can decide: if investors want to double down in the hopes they’ll be ones pumping the last drop of oil, that’s up to them. But governments shouldn’t take the gamble.  The safe bets now are all on policy and investment decisions that align with a clearly emerging clean energy future, rather than one based on sustained fossil fuel growth — a future the IEA has now shown will be a dead end. 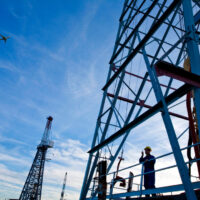 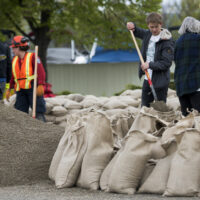 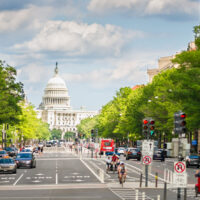