As countries and companies around the world set their eyes on net zero and implement ambitious policies, Manitoba has the right ingredients for success. The province has footholds in several markets expected to grow significantly in the transition, including clean energy, alternative proteins, and agricultural innovation.

Yet new research from the Canadian Climate Institute shows that when we look across the country, Manitoba lags in fostering new companies and mobilizing capital to capture these opportunities. To succeed in the low-carbon economy and secure the jobs and prosperity of Manitobans, the province must leverage its strengths and catch up with leading provinces, who are already staking their claim in increasingly competitive markets.

First, let’s start with the huge opportunities for the province, and the momentum already underway. Manitoba has one of the cleanest, lowest-cost electricity grids in the country. That’s a major advantage as companies look to electrify with renewables to cut their carbon emissions.

Manitoba’s clean electricity is already inspiring innovators to invest in the province. Charbone, a Montreal-based renewable energy and electrochemical company, is working with the City of Selkirk to build the province’s first green hydrogen facility, powered by Manitoba’s low-carbon grid. The new Minago nickel mine south of Thompson has announced ambitions to be the lowest-environmental impact nickel mine in the world, based in part on electrification with renewable electricity.

Manitoba’s mature agricultural sector has also given the province an early edge in the growing market for agricultural technology and alternative proteins. Roquette, for example, has invested $600-million to build the world’s largest pea processing facility in Portage la Prairie. The Winnipeg-based company Farmer’s Edge, a leading agricultural tech company, raised US$98 million in its 2021 initial public offering.

Outside of the agriculture sector, the province has large deposits of some of the minerals that are critical for zero-carbon technologies like batteries, including copper, gold, rare earth metals, and lithium.

While these are all positive developments, there is a risk that the province is not moving fast enough in key areas. For example, Manitoba lags far behind other provinces when it comes to generating companies dedicated to low-carbon and cleantech markets.  And the amount of investment raised by these companies is dominated by agricultural technology companies, illustrating a relative weakness in other sectors where Manitoba could have advantages, including clean hydrogen, batteries and storage, and bioproducts and bioenergy.

Domestic demand for clean technologies could also be bolstered. For example, the pace of local electrification, such as levels of uptake of electric vehicles and heat pumps, has been slow compared to other hydroelectric provinces. Manitoba has been falling behind other provinces in aggressively pursuing growth in low-carbon electricity, batteries and storage, and clean fuels.

Manitoba can build greater investor confidence in low-carbon investments with clear, ambitious climate policy. British Columbia and Quebec, for example, currently lead the country in generating new companies and attracting investment dedicated to net zero opportunities. In both of these provinces, a long-standing, predictable carbon price and long-term targets for local uptake of zero-emission vehicles and low-carbon building technologies, help to de-risk innovation and attract investment.

The province could also increase investment in public research and development dedicated to net zero opportunities, to generate more entrepreneurs and start-ups in areas of low-carbon growth. Economic activity in these areas is starting to take off in Manitoba, and more access to innovation funding and dedicated cleantech incubators could help foster a more robust entrepreneurial ecosystem.

As low-carbon investment accelerates, it also matters where and how development occurs to ensure that the benefits accrue equitably.

In the context of historic and ongoing harms from hydroelectric development, future economic growth premised on clean, low-cost electricity must result in tangible benefits and partnership with Indigenous Peoples. And while demand for minerals needed for low-carbon technology could generate jobs and wealth, to reap real lasting benefits, new development must respect UNDRIP and the duty to consult, while mitigating the potential for adverse local environmental impacts. Across Canada and around the world, competition is intensifying to establish an advantage in the low-carbon economy. The net zero transition can create real economic opportunity for Manitoba—if the province can take steps to seize it. 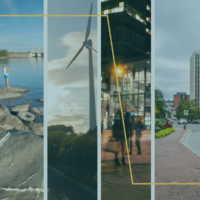 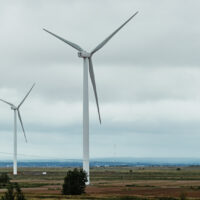 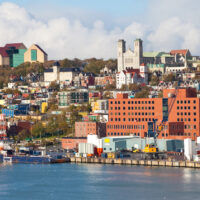 Rough waters ahead. Is Newfoundland and Labrador's economy ready?