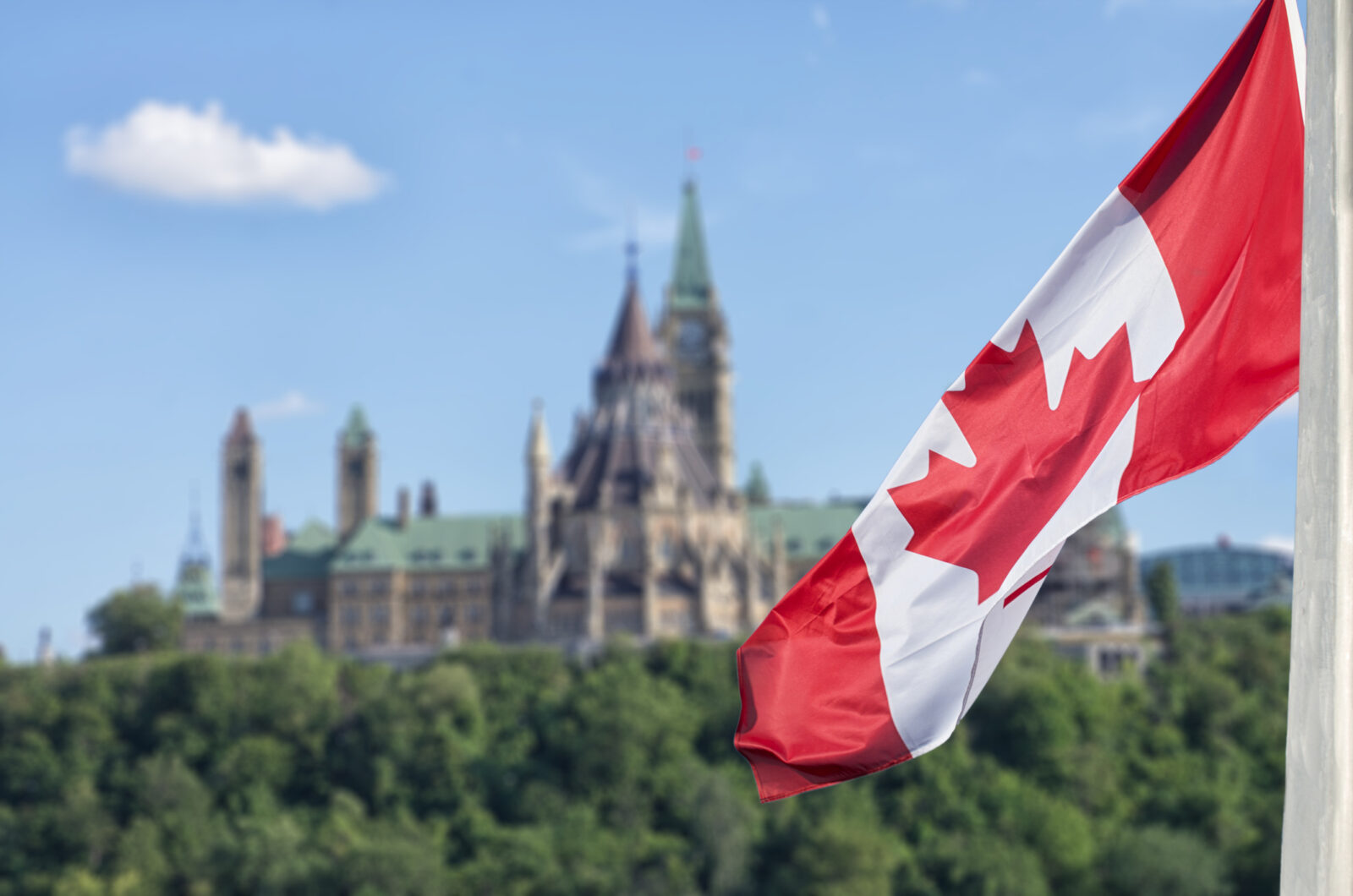 For the first time, Canada has a credible climate plan that’s actually consistent with its targets. The Plan contains many policies to reduce greenhouse gas emissions, but among the most significant: the nationwide carbon price rising to $170/tonne by 2030.

Closing the gap between ambition and action

Like many jurisdictions, Canada has often been accused of being long on climate rhetoric and short on policy to deliver. This plan changes that. Environment and Climate Change Canada’s modelling (as below) shows that the multiple policy pieces in the Plan add up to emissions reductions in 2030 that actually exceed our current target.

Those projections are credible. The government’s emissions projections under a carbon price that rises by $15/tonne per year is consistent with analysis from the Parliamentary Budget Office, Clean Prosperity, Canada’s Ecofiscal Commission, and our own principal economist, Dave Sawyer. This is a policy that can deliver on the emissions reductions it promises.

This consistency between targets and policy is kind of a big deal. It sends a signal to the rest of the world that we are serious about our commitments under the Paris Agreement, enabling emissions reductions elsewhere. It also sets expectations for businesses and individuals that are making investment choices that will have big implications for emissions—and rates of return—over the next 10 years.  Sending a clear signal about where policy is going can help align investments with our climate goals, but also bring more certainty and less risk for investors. It will also drive low-carbon innovation.

Minimizing the costs of achieving the 2030 target

There are a few different ways to look at the economic implications of a steadily rising carbon price.

From a macroeconomic perspective, economists tend to like carbon pricing because it minimizes overall costs. Carbon pricing relies on market forces and gives emitters flexibility in how they reduce greenhouse gas emissions. And that means the economy can continue to grow, even as we reduce emissions. The figure below draws on analysis from the Ecofiscal Commission. It shows how the economy (and Canadians’ incomes) grow under different policy packages to achieve the 2030 target. Incomes grow the most when policy relies on carbon pricing rather than other climate measures.

From an industry perspective, economic concerns focus on competitiveness in international markets. The federal carbon pricing plan addresses these concerns by continuing to rely on “output-based carbon pricing,” which creates incentives to reduce emissions by improving performance, not by reducing production or shifting it to jurisdictions with weaker policy.  That policy made sense at $50/tonne and it still makes sense at $170/tonne. Notably the federal climate plan does commit to exploring “border carbon adjustments” as an alternative approach. Border adjustments likely only make sense if the United States moves forward with them as well.  But with President Biden openly considering his options, Canada is wise to start this analysis.

Finally, from a household perspective, it’s also an affordable approach. The government will provide quarterly rebates to households, offsetting carbon costs significantly. As the price of carbon goes up over time, so too will the size of those rebates. As a result, the lowest-income Canadians will actually see net benefits from the policy, and most Canadians will not see an increase in costs. And critically, those rebates don’t undermine Canadian’s incentives to reduce emissions.

Other benefits, other costs, and other policies

Carbon pricing isn’t alone in this climate plan. There are regulations for fuel, vehicles, and electricity. There is support for building retrofits, electric vehicles, low carbon fuels, and hydrogen. There’s a clear role for complementary policies, though some of those policies will certainly be more cost-effective than others.

But they also have different objectives as well. As our research has noted, a successful climate plan can’t measure success only by emissions reduced. Economic prosperity and the well-being of Canadians has to go alongside achieving our targets.

Those other policy levers might play an important role in creating new sources of growth for Canada. As the world shifts its economy, global markets are shifting. Canada—and all its regions—must begin to consider what sectors and industries (both existing and emerging) might power its engines of economic growth.  The role of policy in shaping these changes remains a source of much debate, and the Climate Institute will have more to say on this front in the future.

Carbon pricing, of course, is a growth plan too. Carbon prices support low-carbon growth. They create incentives for high-emitting sectors to reduce emissions intensity. And they give investors an incentive to put money into new low-carbon products/tech. That’s exactly why many businesses support carbon pricing, especially when pricing trajectories are clear and transparent.

Finally, while the federal plan notes that a national adaptation strategy is in the works, this part of Canada’s climate strategy remains a gap for now. Canada can’t afford to ignore the impacts of a warming climate on our health, our infrastructure, our economy, and our society.

Overall, this plan changes the climate policy conversation in Canada. Questions remain, of course, about some policy details, how provinces will respond, and future political debates in a minority parliament. No more, however, are those debates about hypothetical policies and hypothetical paths to targets far away in the future.

Canada has a climate plan. It is credible. It is grounded in evidence. And for the first time, Canada is on track to achieve its 2030 target, a critical first step on the way to 2050.