Canada’s forests have an outsized role to play — for better or for worse — in Canada’s efforts to counter climate change.

Canada’s vast northern forests stretch from Labrador to the Yukon. They are often thought to be the country’s ace in the hole when it comes to halting climate change. Black spruce, jack pine, and other hardy boreal tree species, and the soil in which they grow, store about 28 gigatons of carbon, the equivalent of 40 years of Canada’s annual greenhouse gas emissions.

In spite of this vast potential, however, Canada’s forests have actually been a net source of carbon emissions for the better part of two decades, releasing into the air more carbon than they absorb, according to Natural Resources Canada data. In 2018, emissions from wildfires in B.C. alone were three times greater than the entire province’s annual carbon output.

With the threat of warmer, drier summers in the years to come, there is a real risk of more and bigger fires. Canada and Alaska’s boreal forests could add a cumulative 12 gigatons of carbon dioxide to the atmosphere by mid-century without changes to the way forest fires are managed, according to a recent study published in Science Advances.

In fact, in line with UN Framework Convention on Climate Change rules, emissions from natural disturbances such as wildfires are generally not included in Canada’s greenhouse gas emissions reporting, while the carbon removals from mature forest regrowth after a fire are.

The upcoming fire season will be a reminder of what’s at stake. If Canada is counting on forests and other natural sinks to make a positive contribution to Canada’s pathway to net-zero as outlined in the federal government’s recently published Emissions Reductions Plan, it’s going to require a comprehensive, sophisticated, and sustained approach to fires and forest management. Large-scale replanting efforts like the 2 Billion Trees Commitment are a good start, but not enough on their own.

The good news is that improved forest management can be a cost-effective way to meet climate targets. For example, a fire management regime in boreal forests that reduces the size of fires and their emissions could cost as little as $12 US per ton of carbon output avoided, according to Carly Phillips, the lead author of the Science Advances study. That is less per ton than generating electricity using solar panels or deploying other emissions-abatement technologies like carbon capture, utilization, and storage.

With hotter, drier summers increasingly the norm as climate change accelerates, minimizing as much as possible the number and severity of boreal forest fires becomes increasingly important, and will mean investing more in monitoring and fire suppression to limit fire size. The cost to fight wildfires in Canada has already increased to over $1 billion annually in recent years and is expected to increase further with accelerating climate change.

Tackling emissions from forests must go beyond fire management strategies, however.

Managing forests through the growth and harvest cycles can also have an important role in carbon mitigation efforts. Forest management practices that would help lower emissions include using wood left after harvesting and trimming, which is currently burned in slash piles, and protecting more primary forests from logging, according to an ongoing study by the Pacific Climate Institute. And policies that strengthen environmental protection and biodiversity also strengthen forests, making them more resilient and resistant to severe fires.

Alongside critical efforts like replacing fossil fuels with renewables for electricity generation and transportation, Canada’s forests can make an important contribution to climate mitigation — if we recognize both the threat and the opportunity they present and act quickly to minimize the one and maximize the other. Canada will need every tool in its toolbox to avoid setting off a carbon emissions bomb in our forests as we push towards net-zero by 2050. 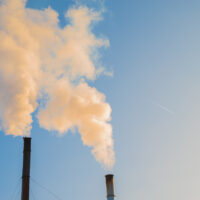 Removing policy uncertainty can position Canada for a decarbonizing world 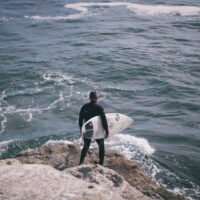 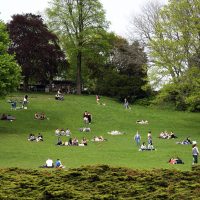 Green is the new grey