Facing the costs of climate change for Northern infrastructure

Climate change is widening the Northern infrastructure gap and putting communities at risk.

The fourth report in our Costs of Climate Change series finds that climate change threatens Northern infrastructure that is already in poor condition from decades of neglect, with potentially catastrophic costs and devastating impacts to Northern lives and livelihoods.

Drawing on interviews with Northerners from six communities, the report also presents first-hand accounts of the impacts of climate-related infrastructure failure and disrepair.

“I fear that all this change in climate, permafrost changes, it’s taking away who we are, and we’re not going to pass it on.” 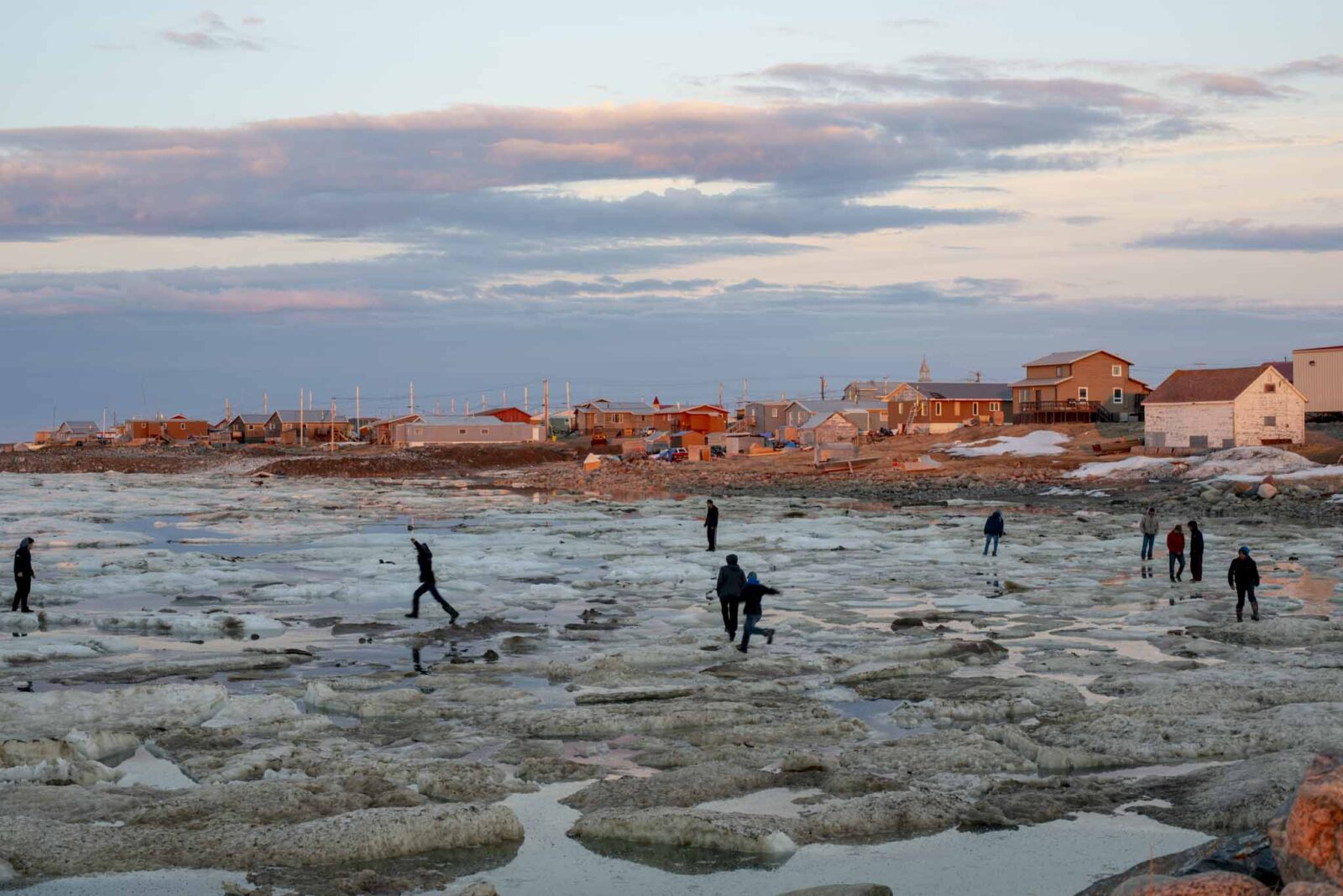 THE NORTH AT RISK

The North is warming three times faster than the global average. The impacts of this warming will be profound and extreme.

These impacts are compounded because colonial policies and historic underinvestment have left Northern infrastructure in poor condition, uniquely vulnerable to climate change.

This will have devastating consequences for Northerners, disrupting supply chains and putting essential services like health care at risk. Lives, livelihoods, and cultural practices are also threatened by permafrost thaw and a changing environment.

“The ice gets thinner and thinner. Last year, the ice here was 18, 19, 20 inches, that’s all. Before, it was four feet deep, six feet deep when we were growing up. Last year, the year before, it just barely brought in the fuel because the ice was not thick enough.”

Runways are warping and cracking due to permafrost thaw and extreme weather.

Permanent roads are cracking and collapsing because of permafrost thaw. Half of winter roads will be unusable in 30 years.

The foundations of homes and buildings are failing due to permafrost thaw.

“The biggest impact that permafrost thaw has had on me is probably my house is shifting. My drywall has cracked. And a window has cracked twice. So, we’ve replaced it twice due to shifting of the house.”

Early and ongoing investments in infrastructure adaptation can substantially reduce costs and protect people and communities.

Adaptations could reduce annual costs by 74 to 88 per cent on average, depending on the global greenhouse gas emissions trajectory.

Adaptations used on paved roads could reduce costs by 38 to 42 per cent on average in Yukon and Northwest Territories.

Early adaptation investments in rebuilding foundations of homes and buildings in the Northwest Territories could reduce damages five-fold over the course of the century.

Even with adaptation, much of the North’s existing infrastructure cannot be sustained in a dramatically changing climate. Climate change creates both a need and an opportunity to fundamentally rethink how infrastructure is built in the North, for the long-term well-being of Northerners.

Four types of actions would support the transformative adaptation needed to address the Northern infrastructure gap so the region can adapt to worsening climate impacts.

The costs of climate change

The costs of climate change for Canada's infrastructure

How Canada can adapt, prepare, and save lives

Tip of the iceberg

Navigating the Known and Unknown Costs of Climate Change for Canada

Get the next report from the Canadian Climate Institute.

Sign up to receive future research from the Canadian Climate Institute, as well as timely policy analysis, blogs, and event invitations.