Ontario businesses and investors are hungry for clean electricity. In response, the Ministry of Energy tasked the province’s Independent Electricity System Operator in 2022 with assessing options for establishing a registry to support the creation of a clean energy credit system.

Unfortunately, the proposed system will be little more than greenwashing, making companies’ power look cleaner than it is.

Clean energy credits are certificates that represent one megawatt-hour of clean electricity. Ontario’s hydro and nuclear facilities make Ontario’s electricity generation 92 per cent non-emitting; with a mostly non-emitting provincial grid, clean energy credits allow companies to buy and claim credit for this clean generation. Companies that buy clean energy credits would claim to have lower Scope 2 greenhouse gas emissions (indirect emissions from the production of purchased energy), and the revenue from credit sales would help reduce everyone’s electricity rates (as the government has stated is its intent).

But there’s a problem: the proposed system would create two contradictory types of corporate emissions accounting. Those that opt into the program and buy credits for their electricity consumption would claim 100 per cent clean electricity. But those that don’t opt in would report their Scope 2 emissions in the usual way — based on the average carbon intensity of the grid. So, to the degree to which the grid is clean, it would get claimed by both those that have opted in to the system (who would say their electricity was 100 per cent clean) and those that didn’t (who would say that it’s as clean as average generation). The same clean power would get counted twice.

This kind of approach is misleading and illegitimate. For it to work, those companies that weren’t opting in would have to claim in their own corporate reporting that their electricity was only as clean as the generation mix that remained after the clean energy credits were sold and withdrawn from the generation mix. But changing their corporate emissions reporting in this way would require regulation, and would turn this voluntary scheme into a compulsory one.

Building on a bad foundation

The proposed system would formalize an equally questionable one that’s already operating. Ontario Power Generation has been selling similar credits since 2013. In 2022, Microsoft announced it would purchase these credits to offset emissions from its Ontario operations. Microsoft says this will help advance its goal to be powered with zero-carbon energy. But while the company’s emissions will go down on paper, nothing will change in the electricity system itself. It will be greenwashing, plain and simple.

Moreover, these credit sales will be happening while the grid gets dirtier, not cleaner. This is because Ontario is developing 1,500 megawatts of new natural gas-fired capacity to make up for Pickering Nuclear Generating Station going offline soon. So emissions will be rising in the decade ahead, not falling.

Companies increasingly care about their Scope 2 emissions, and there should be ways for them to support clean power as a way of meeting their own climate goals. But a credit scheme of this kind is not a legitimate way to do it.

There are policies Ontario could enact if it wants to expand use of clean electricity, and ways of leveraging corporate support. Alberta’s power purchase agreements and reverse auctions could offer some great lessons.

But selling clean energy credits from a dirtying grid under an accounting framework that double-counts the clean parts is a bad idea.

The credits that result will be hot air — no actual emission reductions will occur as a result of them. And the scheme will undermine larger efforts to decarbonize, by wasting the goodwill and financial capital of companies that are trying to live up to their climate commitments. 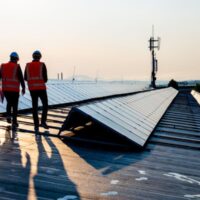 The way through today's energy crisis is with clean energy, not fossil fuels 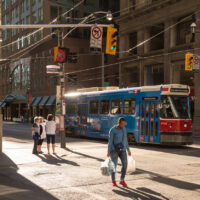 How better electricity policy can keep Ontario open for business 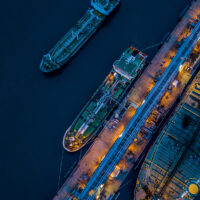 No, Canada cannot get credit for its low-carbon exports